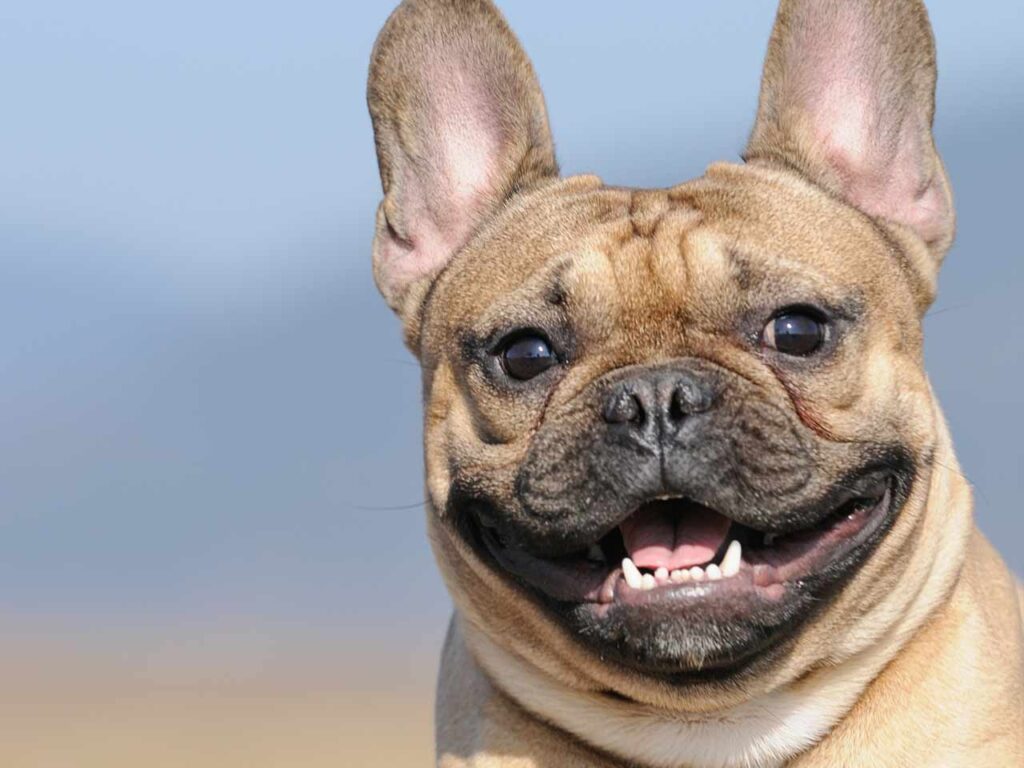 The French Bulldog is ROCKiting to Popularity 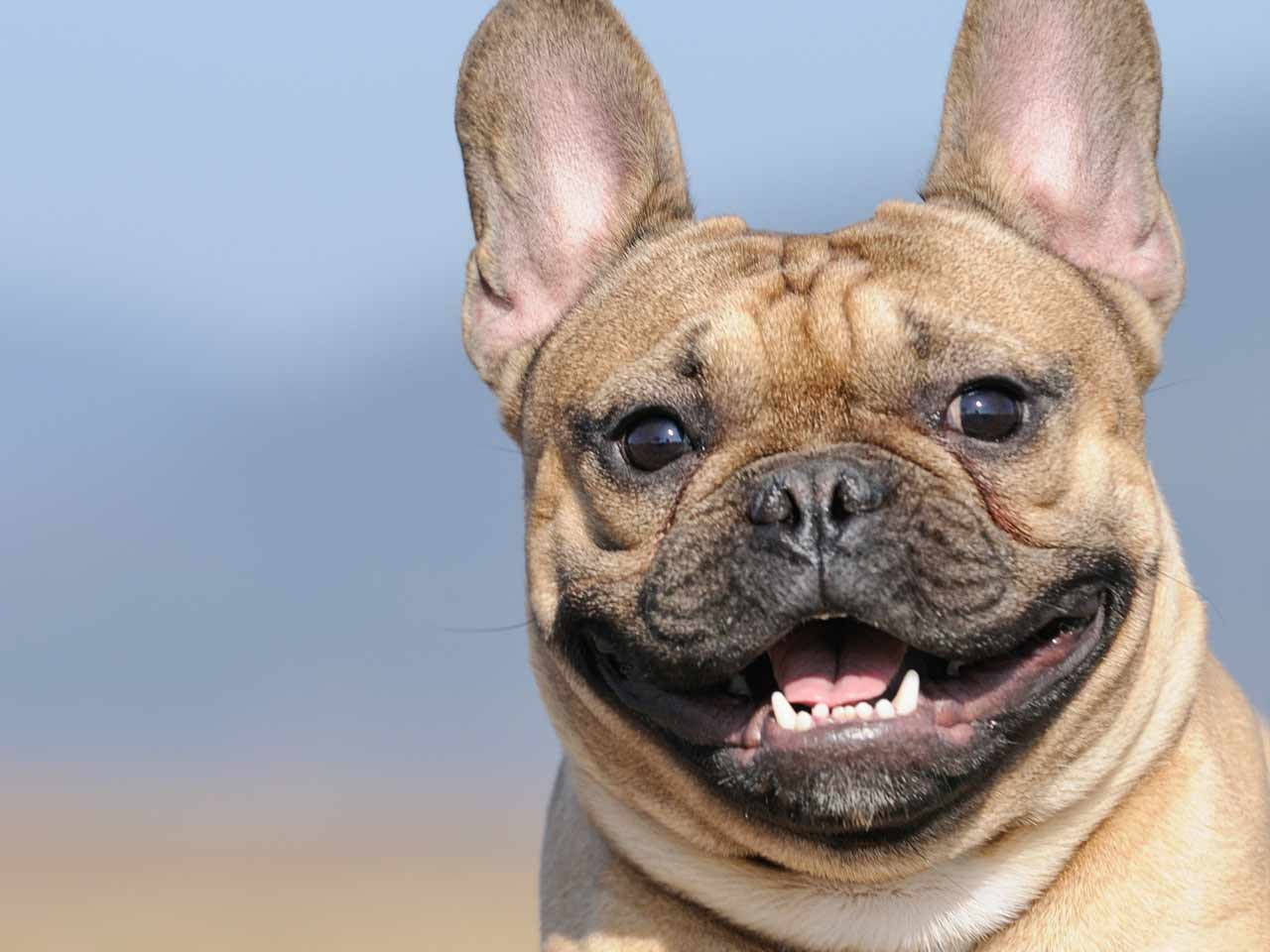 Celebrity owners from Martha Stewart to Lady Gaga to Dwayne “The Rock” Johnson have given the French Bulldog breed exposure. And its compact size, moderate exercise needs, no-fuss coat, and rather comic demeanor struck a chord with many dog seekers. This rise to fame may not be the best thing.

After riding a rocket ship to popularity over the last quarter-century, Frenchies came in second only to Labrador Retrievers – the leaders for 30 straight years – in the American Kennel Club’s latest rankings, set to be released Wednesday. They reflect the relative numbers of purebreds, mainly puppies, that were added last year to the oldest U.S. dog registry.

Stocky and smush-faced, French bulldogs have their charms – at least in fans’ eyes – but also their limitations.
“They’re not the type of dog to go hiking with you,” AKC spokesperson Brandi Hunter says, “but if you want a dog that’s going to snuggle up with you, be cute, be adaptable, minimal grooming… that’s the kind of breed for you.”
A dig into the details:

After Labrador Retrievers and French bulldogs, the top 10 breeds include German Shepherds, Golden Retrievers, Bulldogs, Poodles, Beagles, Rottweilers, and German Shorthaired Pointers. Dachshunds made the top 10 for the first time since 2013.
Prized as easygoing and can-do dogs, Labs years ago broke the record for the longest number-one run, and they remain most popular by a lot. More than 98,300 Labs joined the AKC’s registry last year, compared to about 66,500 French bulldogs.
German shepherds are enjoying their own form of doggie leadership, however. President Joe Biden’s shepherds, Champ and Major, have been living in the White House, though they were recently sent back to Biden’s Delaware home for a canine cooling-off period after Major injured a Secret Service agent.
The poodle may also make a claim to the top-dog crown: A standard poodle named Siba was the most recent winner of the prestigious Westminster Kennel Club dog show, held last year.
Breeds on the move include the Cane Corso, a heavy-duty guard dog that broke into the top 25. It was 51st just a decade ago.

When Labrador retrievers first topped the chart in 1991, French bulldogs ranked a distant 82nd. But Frenchies began to rise in the rankings in the late ’90s, hitting No. 4 by 2017.
“They are snoring, little love machines,” says Nicole Denny, a professional dog handler who has been breeding French bulldogs for 15 years after 20 years with Doberman Pinschers.
She sees Frenchies’ popularity surge as “a blessing and a curse.”
“I would feel selfish, in a way, if other people didn’t get to enjoy the breed because they are just so wonderful,” says Denny, of Pleasant Plain, Ohio. But “it’s brought about a lot of people who aren’t breeding wisely.”
French bulldog fanciers need to be aware that the breed can be prone to overheating, breathing difficulties, and back problems. Other breeds also are susceptible to various conditions, and mixed-breeds aren’t necessarily free of them, notes the AKC’s chief veterinary officer, Dr. Jerry Klein.
“There’s no dog, whether it’s purebred or mixed-breed, that is 100% guaranteed to be complete without problems,” he said. “You should know what you’re getting and know the possibilities.”

BRINGING UP THE RARE

The rarest breed is the Norwegian Lundehund. The modest-sized, nimble dogs might be little-known in the U.S. but have intriguing distinctions, including six-toed feet, unusual flexibility, climbing acumen, and a history of hunting puffins.

THE DEBATE OVER DOG BREEDING

This rise to fame may not be a good thing. Anytime a breed is made popular in the movie or other media their popularity skyrockets. As a professional dog trainer, I have seen this first hand. I have seen the rise of the Siberian after the sled dog movies, Iron Will and Eight Below. I have seen the rise of Dalmations after 101 of them aired on the silver screen, along with Jack Russell Terriers after the famous little dog Eddie on the T.V. show Frasier, and of course Labs and Goldens after Marley and Me and the Air Bud movies.

After riding a rocket ship to popularity over the last quarter-century, Frenchies came in second only to Labrador Retrievers - the leaders for 30 straight years Click To Tweet

Animal-rights advocates complain that interest in purebred dogs fuels puppy mills and leaves other pooches stuck in shelters. The AKC counters that conscientious breeding produces dogs adept at such work as bomb-sniffing, and enables pet owners to choose a breed suited to the activities – or lack thereof – that they have in mind.
Still, the AKC rues that pup-ularity sometimes spurs people to acquire a breed they haven’t researched.
“Don’t let the popularity drive the decision,” Hunter said. “Let your lifestyle drive the decision.”

Want to learn how to train your French Bulldog to be one of the best trained dogs? Click here to find out how.