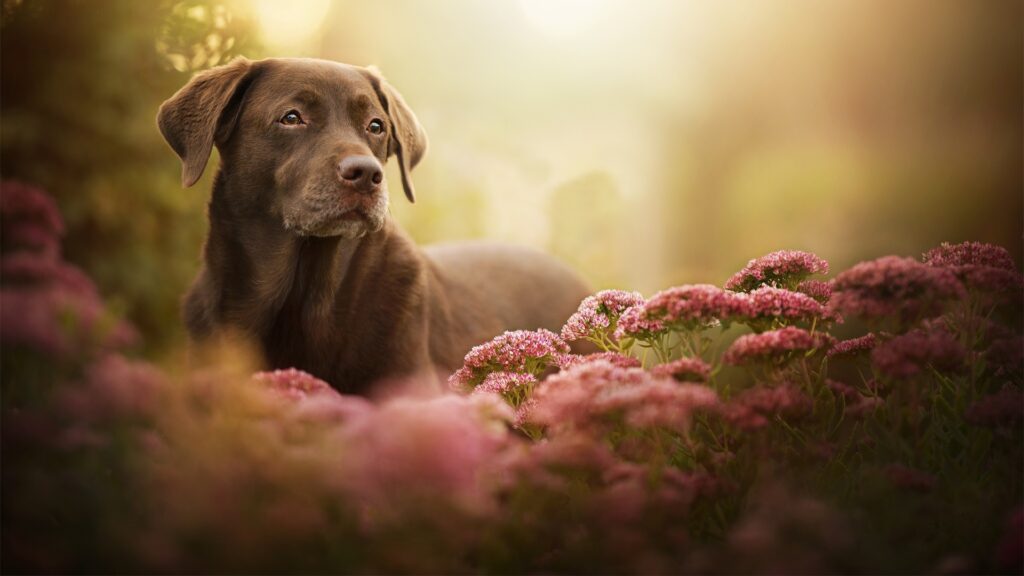 How to Train a Labrador Retriever

Want to learn how to train your Labrador Retriever to be one of the best-trained dogs? Click here to find out how.

The Labrador Retriever is the traditional waterdog of Newfoundland, long employed as a duck retriever and fisherman’s mate. The breed began its steady climb to supreme popularity in the early 1800s, when Labs were spotted by English nobles visiting Canada. These sporting earls and lords returned to England with fine specimens of “Labrador dogs.” (Exactly how these dogs of Newfoundland became associated with Labrador is unclear, but the name stuck.) During the latter half of the 19th century, British breeders refined and standardized the breed.

The physical and temperamental breed traits, so familiar today to millions of devotees around the world, recall the Lab’s original purpose. A short, dense, weather-resistant coat was preferred because during a Canadian winter longhaired retrievers would be encrusted with ice when coming out of the water. In its ancestral homeland, a Lab would be assigned to a fishing boat to retrieve the fish that came off the trawl. Accordingly, in addition to having natural instincts as a retriever, the dog required a coat suited to the icy waters of the North Atlantic.

The Lab’s thick, tapering tail—an “otter tail,” it’s called— serves as a powerful rudder, constantly moving back and forth as the dog swims and aids the dog in turning. As for the breed’s characteristic temperament, it is as much a hallmark of the breed as the otter tail. “The ideal disposition is one of a kindly, outgoing, tractable nature; eager to please and non-aggressive towards man or animal,” the breed standard says. “The Labrador has much that appeals to people; his gentle ways, intelligence, and adaptability make him an ideal dog.” When defining a Lab’s primary attributes, the most important might be temperament since his utility depends on his disposition. “If a dog does not possess true breed temperament,” wrote a noted dog judge, “he is not a Labrador.”

Labs are famously friendly. They are companionable housemates who bond with the whole family, and they socialize well with neighbor dogs and humans alike. But don’t mistake his easygoing personality for low energy: The Lab is an enthusiastic athlete that requires lots of exercise, like swimming and marathon games of fetch, to keep physically and mentally fit.

With the Lab’s physical strength and high energy level, early socialization and puppy training classes are vital. Gently exposing the puppy to a wide variety of people, places, and situations between the ages of 7 weeks and 4 months and beginning obedience training early on will help him develop into a well-adjusted, well-mannered adult. Puppy training classes serve as part of the socialization process and help the owner learn to recognize and correct any bad habits that may be developing. Labs are devoted, intelligent, and enthusiastic companions who need to be included in family activities.

The Labrador Retriever is an exuberant, very energetic breed that needs lots of exercise every day. A Lab that doesn’t get enough exercise is likely to engage in hyperactive and/or destructive behavior to release pent-up energy. The breed’s favorite activities are retrieving and swimming. Labs also love to burn up energy on hunting trips or at field trials, as well as by participating in canine sports such as agility, obedience, tracking, and dock diving. Many Labs also work hard in important roles such as search-and-rescue, drug and bomb detection, and as service and assistance dogs.
The Labrador Retriever is the traditional waterdog of Newfoundland, long employed as a duck retriever and fisherman’s mate. Click To Tweet
Did you know that we use Labrador Retrievers as the foundation for our Lead Dog Service Dog Program? We have trained many Labs over the years and have found them to willing and eager to work as service dogs for clients all over North America.
Want to learn how to train your Labrador Retriever to be one of the best-trained dogs? Click here to find out how.
Share on facebook
Facebook
Share on twitter
Twitter
Share on linkedin
LinkedIn