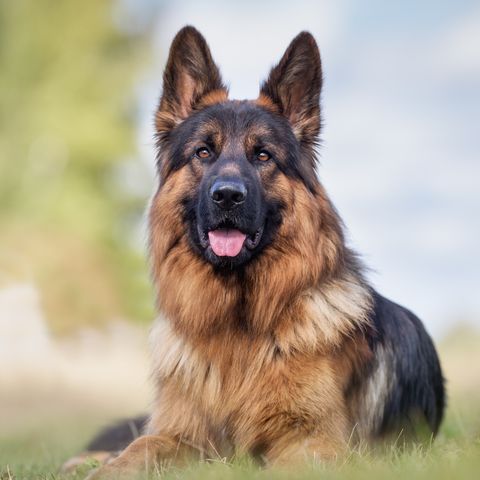 Bloat in dogs is known as Gastric Dilation Volvulus. This is a terrible condition for dogs. Most veterinarians will give a dog with bloat a 50-50 chance if he could walk into the hospital. Many were too weak and had to be carried in. They often died. Bloat  kills about 30 percent of the dogs it affects, even after extremely intensive treatment.

We hope you never see this disease in your dog, but learning about what it is, why it happens, and how it’s treated may help your dog fall into the percentage of dogs that survive. Read on for common questions about bloat and new perspectives on prevention.

What is Bloat in Dogs?

As the stomach fills with air, pressure builds, stopping blood from the hind legs and abdomen from returning to the heart. Blood pools at the back end of the body, reducing the working blood volume and sending the dog into shock.

If this isn’t enough, there is yet another scary thing that happens, and it is devastating to see. As the stomach flips, it drags the spleen and pancreas along with it, cutting off the blood flow. The oxygen-starved pancreas produces some very toxic hormones. One, in particular, targets the heart and stops it cold. In fact, a dog can go through successful treatment and seem to be out of danger, when suddenly the heart stops.

Even in the mildest case of bloat, which is extremely rare, dogs die without treatment.

What Are the Signs of Bloat in Dogs?

Without treatment, in only an hour or two, your dog will likely go into shock. The heart rate will rise and the pulse will get weaker, leading to death.

Why Do Dogs Bloat?

How is Bloat Treated?

Veterinarians start by treating the shock. Once the dog is stable, he’s taken into surgery. We do two procedures. One is to deflate the stomach and turn it back to its correct position. If the stomach wall is damaged, that piece is removed. Second, because up to 90 percent of affected dogs will have this condition again, we tack the stomach to the abdominal wall (a procedure called a gastropexy) to prevent it from twisting.

How Can Bloat Be Prevented?

For years, veterinarians have been looking for ways to prevent bloat. If you search on the Internet, you will find a host of suggestions, but much of it is folklore. We have to look at what is scientifically proven and implement those strategies.

In addition to Great Danes, large- or giant-breed dogs at greatest risk include St. Bernards, Weimaraners, Irish Setters and Gordon Setters, Standard Poodles, and Doberman Pinschers. Males are twice as likely to bloat as females. Neutering or spaying has no effect on risk.

If a dog has relatives (parents, siblings, or offspring) who have suffered from bloat, there is a higher chance he will develop bloat. These dogs should not be used for breeding.

Certain dietary ingredients have been blamed over the years, but the data is inconclusive. This is because most large-breed dogs are fed a cereal-based diet, so making a statement that those diets are to blame is difficult. However, we do know that foods containing soybean meal or having oils or fats in the first four ingredients increase the risk by fourfold.

Over the years, I have seen studies that show that food bowls on the floor cause more cases of bloat, but a few years later this was debunked, and elevated food bowls are now known to be just as much of a risk. With these conflicting results, a solid recommendation can’t be made.

Dogs fed one meal a day are twice as likely to bloat as those fed two meals a day. Rate of eating is also a contributor. Fast eaters have five times the risk than dogs that are slow eaters. Using bowls with fingers (or center posts) or putting large rocks in the bowl slows dogs down physically, but it’s also important to address the anxiety that comes with feeding around other dogs, because that can be a risk factor. Stressed dogs and those that are hyperactive are more likely to bloat. Separating dogs at feeding times may help reduce anxiety and stress surrounding food. Unhappy or fearful dogs are twice as likely to bloat as those that are happy.

Risk of bloat is correlated to chest conformation. Dogs with a deep, narrow chest — very tall, rather than wide — suffer the most often from bloat. Click To Tweet

A recent trend is to perform a preventive surgical gastropexy on an at-risk dog. Often performed when a dog is sterilized, some veterinarians now do this procedure laparoscopically to reduce the invasiveness. Unfortunately, the hardest part is determining which dogs are at a high enough risk to warrant this surgery. It could be said that all the above-mentioned breeds should have this surgery performed. We just don’t know if it is cost-effective. Consult with your veterinarian about this option.

We can’t prevent all cases of bloat, but by implementing some of the above techniques, you may be able to reduce your dog’s risk. If your dog shows signs of bloat, take him to a veterinarian or an emergency pet clinic immediately.