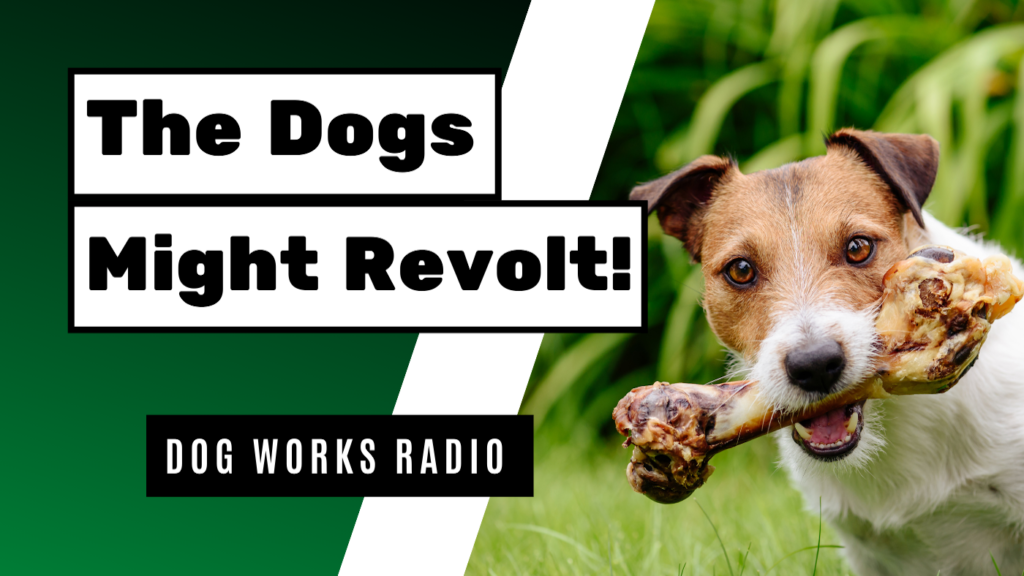 Did you know that New Research Says Dogs Can Tell When You’re Being Intentional with Them?

The canines would sit or lie down when humans purposefully withheld a reward. Yep, the dogs of the world would revolt if they didn’t get their way? It’s scientifically proven. Let’s find out why.

Ask any pet owner and they’ll tell you that their dogs are members of the family, and new research says that our pups understand us far more than we might realize. According to a new study published in the journal Scientific Reports, your dog can actually determine if you are doing something purposefully or by mistake. Listen to the episode, The Dogs Might Revolt! On dog works radio.com

Researchers call this instinct “Theory of Mind” but previously thought that only humans could channel this notion. Now, with recent findings, a team of scientists found out that dogs can do the same thing.

To discover this, the scientists out of Germany studied 51 dogs in different conditions to see how they would react when people intentionally or unintentionally refrained from giving them a treat, also known as unable versus unwilling paradigm. The conditions included dogs and people separated by a clear barrier as the human held a treat. Humans took the treat back through a gap in the barrier and kept the treat for themselves in the “unwilling” condition. On the other hand, the “unable” condition included humans dropping the treat when attempting to give it to the dog and not being able to fit the treat through the gap at all.

“If dogs are indeed able to ascribe intention-in-action to humans,” Dr. Juliane Bräuer from the Max Planck Institute for the Science of Human History, said in a university release. “We would expect them to show different reactions in the unwilling condition compared to the two unable conditions. As it turns out, this is exactly what we observed.”

As a result, the study showed how much time dogs would wait until they tried to get to the treat. When they didn’t think the human wanted to give the treat to them in the “unwilling” condition, the dogs would wait longer by sitting or lying down to imply that they were trying to satisfy their owner in order to get the treat after all. Further, the scientists noticed that the dogs would stop wagging their tails when people would intentionally not give them a treat. “The dogs in our study clearly behaved differently depending on whether the actions of a human experimenter were intentional or unintentional,” says Britta Schünemann, first author of the study. “This suggests that dogs may indeed be able to identify humans’ intention-in-action,” adds Hannes Rakoczy from the University of Göttingen. More behavioral research will also help confirm their findings overall. “Nevertheless, the findings present important initial evidence that dogs may have at least one aspect of Theory of Mind: The capacity to recognize intention-in-action,” researchers conclude.

Would you like to find out how you can make your dog one of the best-trained dogs in the neighborhood? Click here to schedule a FREE Discovery Call