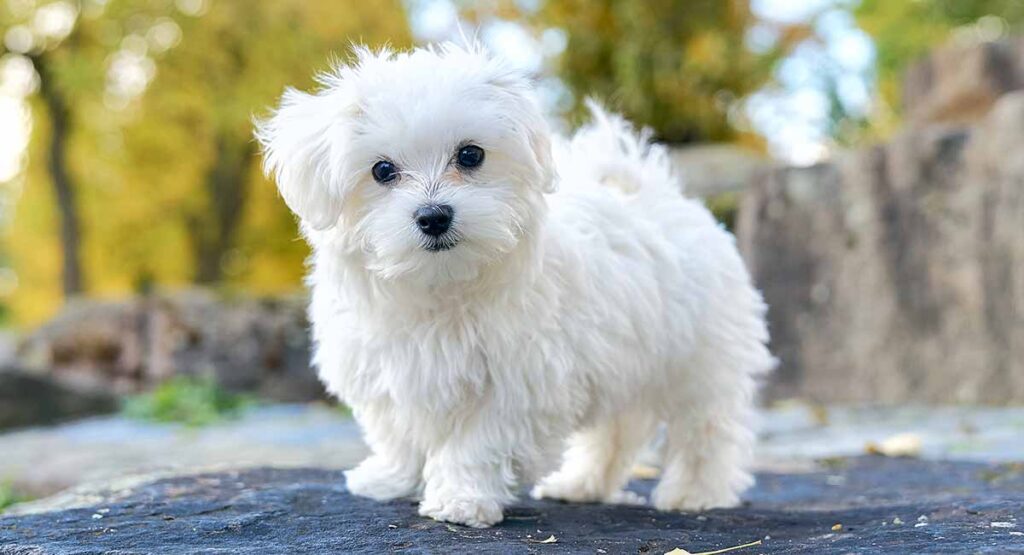 How to Train a Maltese 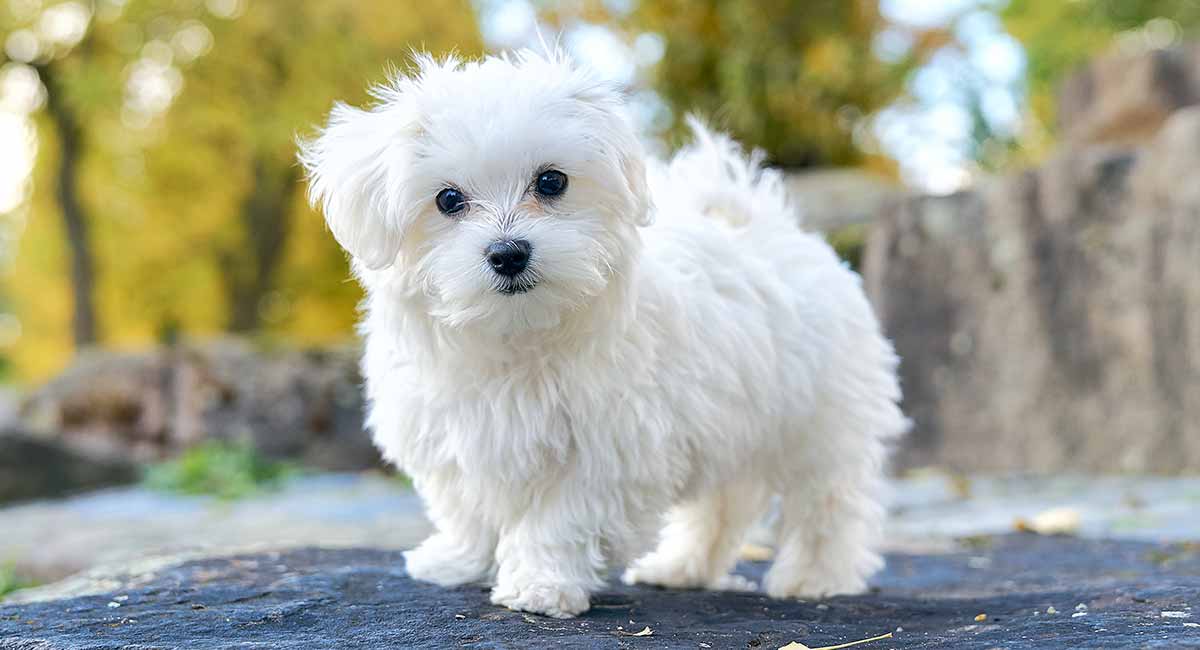 Want to learn how to train your Maltese to be one of the best-trained dogs? Click here to find out how.

The tiny Maltese, ‘Ye Ancient Dogge of Malta,’ has been sitting in the lap of luxury since the Bible was a work in progress. Famous for their show-stopping, floor-length coat, Maltese are playful, charming, and adaptable toy companions.

Maltese are affectionate toy dogs weighing less than seven pounds, covered by a long, straight, silky coat. Beneath the all-white mantle is a compact body moving with a smooth and effortless gait. The overall picture depicts free-flowing elegance and balance. The irresistible Maltese face with its big, dark eyes and black gumdrop nose can conquer the most jaded sensibility. Despite their aristocratic bearing, Maltese are hardy and adaptable pets. They make alert watchdogs who are fearless in a charming toy-dog way, and they are game little athletes on the agility course. Maltese are low-shedding, long-lived, and happy to make new friends of all ages. Sometimes stubborn and willful, they respond well to rewards-based training.

Malta lies 60 miles due south of Sicily, in the middle of the Mediterranean Sea. In ancient times, the island was a crossroads for pilgrims, mariners, and wealthy merchants from three continents. As far back as 3500 B.C. Malta was a thriving seaport and a seat of finance and culture.

During a 2,000-year period beginning in 1500 B.C. this strategic gateway was conquered and occupied by successive waves of seafaring empire-builders—Phoenicians, Greeks, Carthaginians, Romans, Arabs, and Normans—for whom the island was a clearinghouse for precious commodities, such as spices, silks, gemstones, and a certain little white lapdog favored by leisured ladies the world over. It is likely that the Maltese was introduced to Malta by the Phoenicians, who ruled the Mediterranean before the rise of Greece.

The Greeks of the fourth and fifth centuries B.C. were fascinated by the Maltese’s geometric beauty and left behind a rich legacy of breed-specific treasures: The “Melitaie Dog” is depicted on Golden Age ceramics, and Aristotle refers to it as “perfectly proportioned,” notwithstanding a diminutive stature.

Aristocrats of the Roman Empire perfected the Maltese’s role of status symbol and fashion statement. A Roman matron wasn’t fully dressed without a “Roman Ladies’ Dog” peeking out of her sleeve or bosom. Even the crusty Emperor Claudius succumbed to the breed’s charm. The Maltese was a persistent motif in Roman myths, poems, and fables in which the breed symbolized loyalty. One legend concerns Saint Paul, the peripatetic apostle of early Christianity. The Acts of the Apostles recounts Paul’s shipwreck on Malta, where he miraculously healed the father of the island’s Roman governor, Publius. The grateful Publius, so the story goes, presented Paul with a Maltese.

After the fall of Rome, it was Chinese breeders who kept the Maltese from extinction during Europe’s Dark Ages. The Chinese effected judicious crosses with their native toy breeds and exported a more refined Maltese back to Europe. With its immense charm and eye-catching looks, it comes as no surprise that the Maltese was a fixture at dog shows from the very beginning. At New York’s first Westminster show, in 1877, the breed was exhibited as the Maltese Lion Dog.

The Maltese is a healthy breed with few health issues, and will usually live well into the double digits. Responsible breeders screen their stock for health conditions such as luxating patella and heart anomalies such as PDA (patent ductus arteriosus). It is recommended that Maltese puppies be bile-acid tested to rule out congenital liver issues such as liver shunt and microvascular dysplasia (MVD). There have been reported incidences of Maltese developing encephalitis (aka as GME). At this time, there is no screening test available. The American Maltese Association is working with researchers to come up with answers and perhaps a genetic test in the near future. As in all toy breeds, dental maintenance is important, and Maltese should have their teeth brushed daily with a toothpaste specially formulated for dogs, as well as routine cleanings at the vet.

The long, white coat of the Maltese is eye-catching and glorious. It requires daily gentle brushing and combing to the skin to prevent mats and tangles. Maltese should also have regular baths and coat conditioning to keep their hair looking its best. They have fast-growing nails that should be trimmed regularly. Check their ears weekly, and remove any excess hair or wax and any accumulated debris. Because Maltese are prone to dental disease as they get older, their teeth should be brushed frequently’”ideally each time their coat is brushed. If the dog has excessive tear-staining around the eyes , a visit to the veterinarian to determine a possible cause is recommended.

Maltese are full of energy but require only occasional exercise to keep them healthy and happy. Daily walks with their owner or bouncing around in their fenced yard, or even indoors, will usually suffice to keep them fit.

Want to learn how to train your Maltese to be one of the best-trained dogs? Click here to find out how.