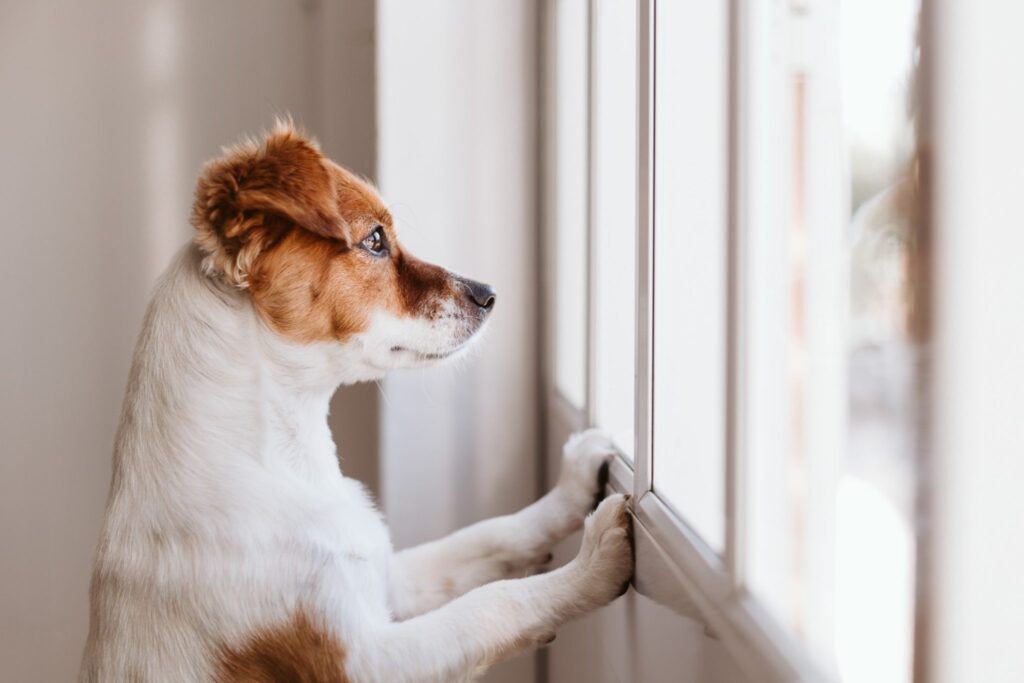 What is Separation Anxiety in Dogs? 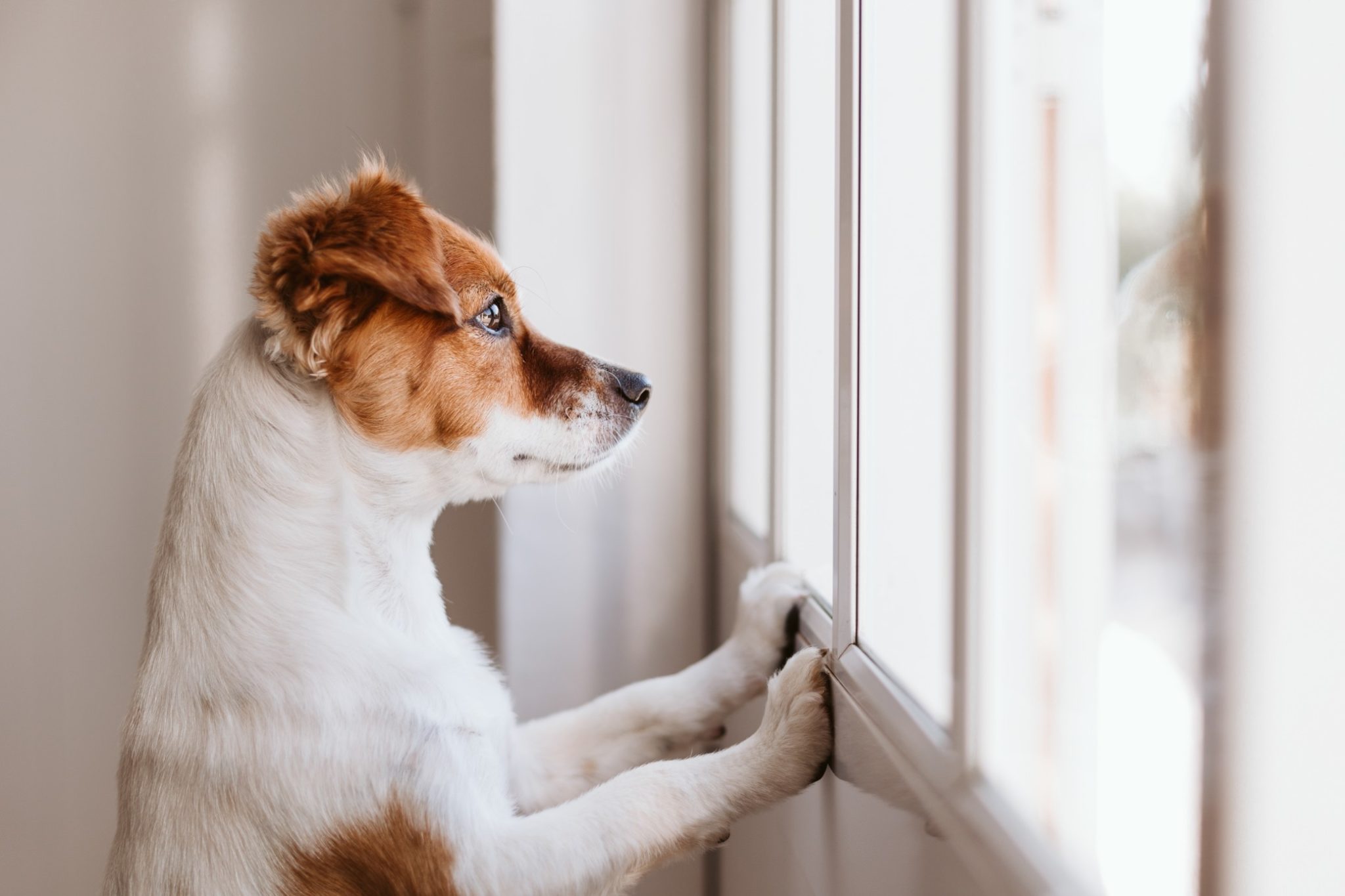 Puppy separation anxiety isn’t uncommon. According to veterinary behaviorists reporting at the Western Veterinary Conference, about 14 percent of pet dogs seen in veterinary clinics suffer from problems being left alone. Puppies adopted before eight weeks of age, mixed breeds, and pups adopted from shelters are at the highest risk.

What Is Separation Anxiety?

Animal behaviorists recently have begun to use different terms to describe the condition. That’s because not all dogs become anxious when left alone, although they do act out. Separation distress doesn’t necessarily mean the pup feels anxious and probably is a more accurate description of dogs displaying separation behaviors.

Separation behaviors encompass a whole range of activities that might take place as a result of the puppy being left alone. Many times, dogs act out because they’re stressed or anxious at the owner’s absence.

Affected puppies feel over-attachment to one or more family members. Problems develop when the amount of time you spend with the pet changes. Puppies learn to become comfortable with their new routine, and a change in routine perhaps due to kids returning to school, your new job, new dog introduction, or baby can cause your puppy stress. 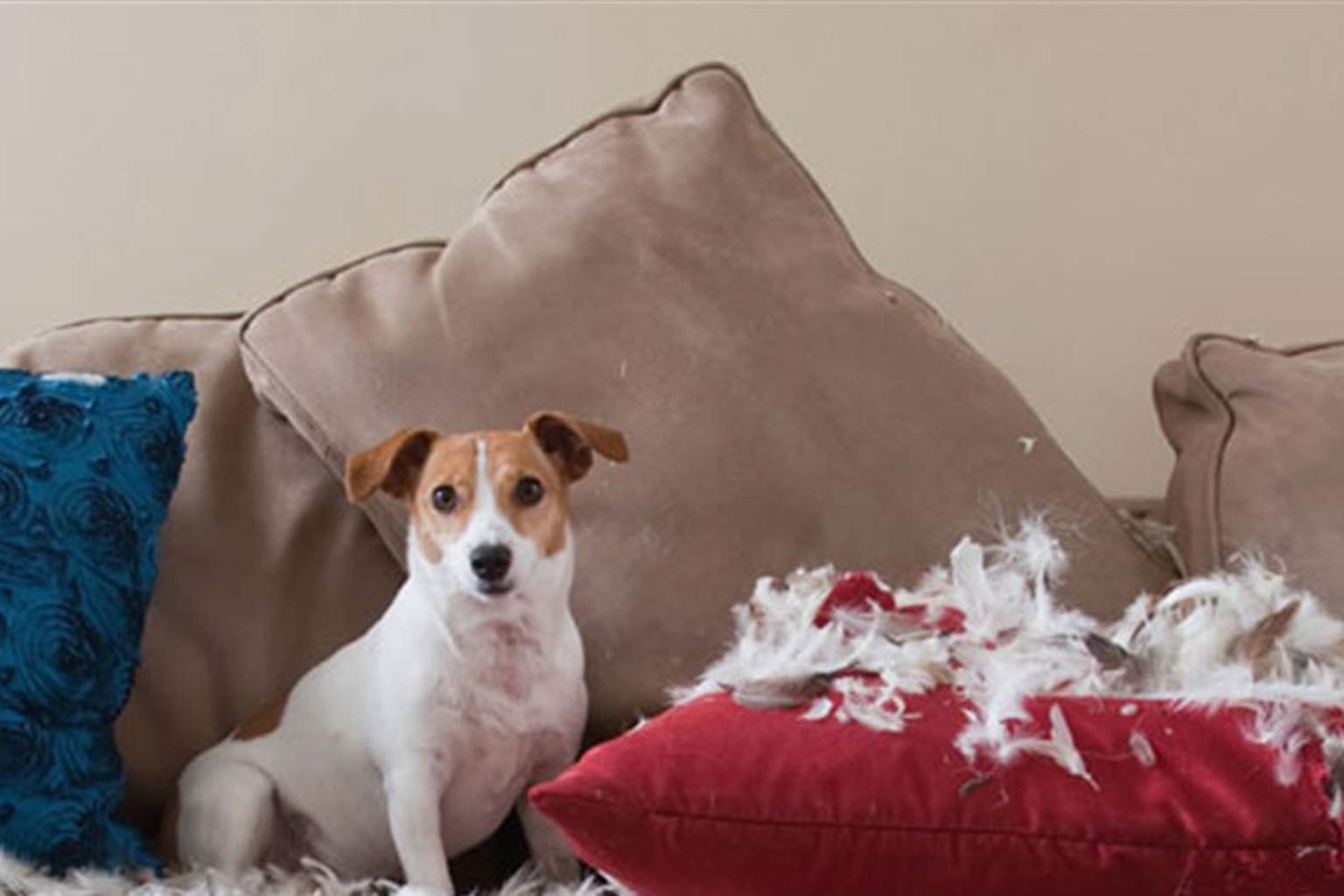 The puppy follows you around the house and becomes increasingly upset as you prepare to leave. When left alone, affected pups act anxious or distressed, often become extremely vocal, and sometimes forget house training. They may destroy property either to escape or as a way to relieve stress.

Many pups with separation anxiety target personal items. For instance, they chew up your shoes or a favorite purse. They aren’t retaliating for being left alone. Because these items smell like you, that can trigger anxiety that prompts destructive displacement behaviors. Puppies may also seek out objects that smell like you because your scent comforts them.

But some behaviorists suggest that separation behaviors such as emptying your sock drawer or chewing up the toilet paper may arise out of boredom. This could be the canine equivalent of a teenager left alone by parents and throwing a party. About the only way, you can tell the difference is to set up a video camera while you are gone, and have it looked at by a behaviorist to see if the dog shows anxious behavior or simply appears to have a good time disemboweling the sofa cushions.

In a similar fashion, pups may forget potty training. Older pups might even decide to mark with urine or defecate on something that smells like their owner. This isn’t to get back at you, but instead is the pup’s attempt to self-soothe. 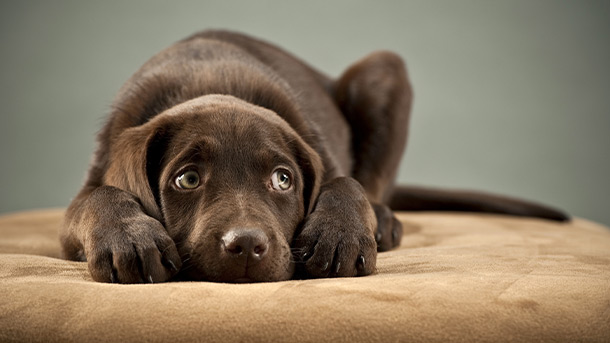 Pets should never be punished for any anxiety-based behavior because punishment makes it worse. If your puppy exhibits destructive separation behaviors, you can take steps to reduce the problem.