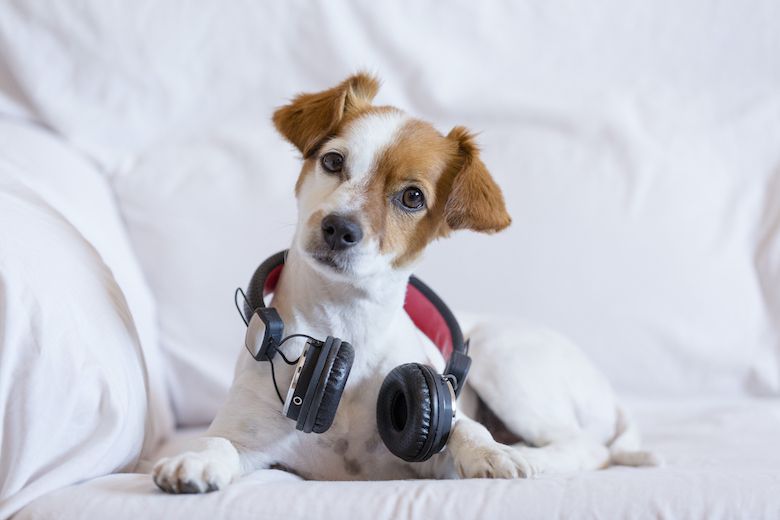 The Joyous “Raise the Woof!” Is the First Christmas Song for Dogs

Skip the dogs barking “Jingle Bells” on your howl-iday playlist and click ‘paws up’ on a new track called “Raise the Woof!”

Earlier this week, dog food company Tails.com released what it calls the “first-ever” dog Christmas song, and videos of pups enjoying the tune have graced our social media feeds since. A little bit pop, a little bit big band, and some interesting voiceover, the company calls it “‘waggae’—reggae designed to wag tails!”

After scanning more than 500 sounds, the creators layered the track with bouncing beats and noises dogs respond to most, such as bells and squeakers. Basic commands such as “Sit”, “Treat?” and “Would you like to go on…walkies?” make this unique dog Christmas song even more interactive, so be prepared for your pooch to take action!

This festive pop ditty, recorded at the famous Abbey Road Studios in London, is available for free streaming on Apple Music, Spotify, YouTube, and Vimeo. Or maybe just scoot your pooch up to a big screen and show him all the good cheer his fellow furry friends have in the video!

“Signs that dogs are enjoying the track include alertness, trying to discover where the sounds are coming from, head cocking, or moving their ears to get a better listen, as well as tails wagging,” the company noted in its release. Who knows? They might also bark along!