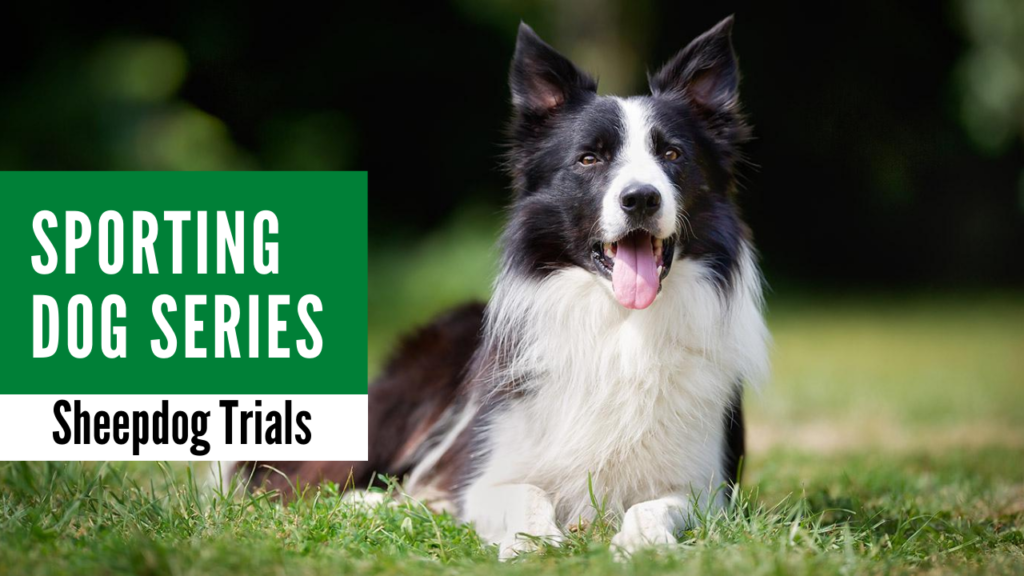 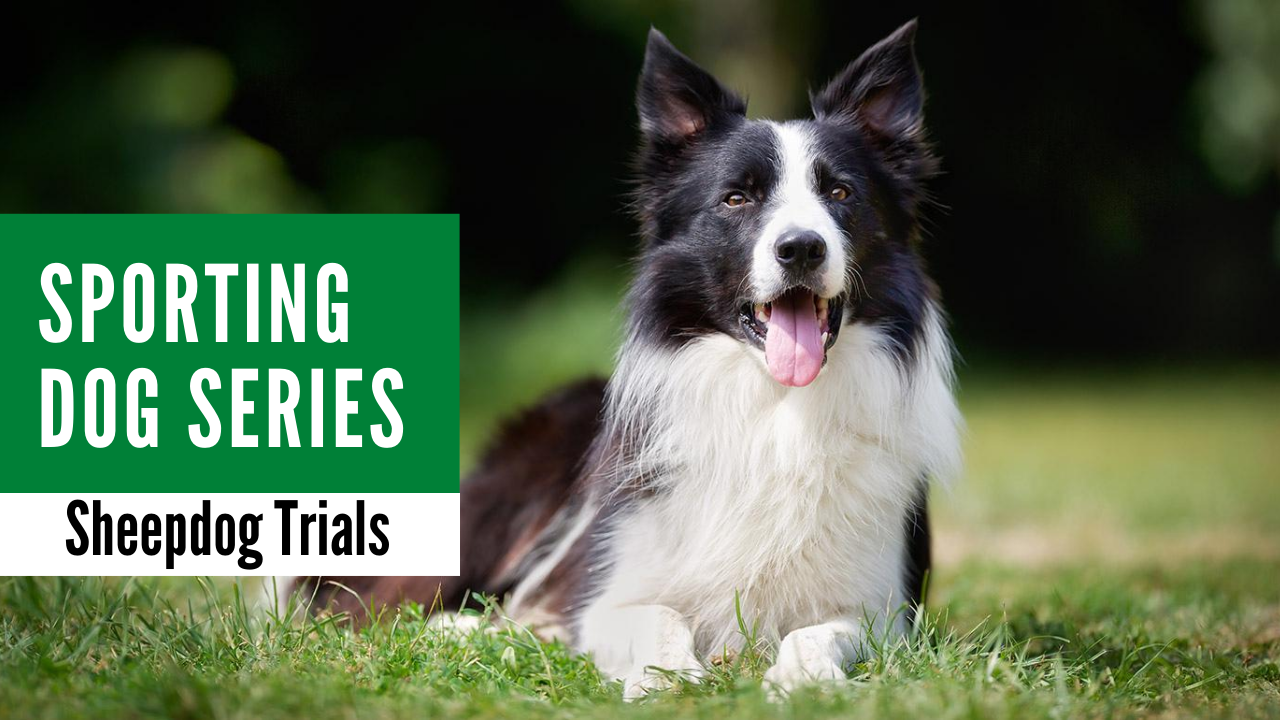 All about the sport of Sheepdog Trials

As our relationships with dogs developed and we began to trust them more and manipulate their breeds to better suit our needs dogs began to take on very important roles in assisting their human counterparts in daily duties, thus affording us the opportunities to switch from nomadic lifestyles to more stationary agricultural lifestyles. On this episode of Dog Works Radio we will introduce you to the world of Sheepdog Trials. On our last episode we introduced you to herding dogs, this is an extension of that topic in this Sport Dog Series. So if you are all about herding dogs or know someone who is share this podcast, Dog Works Radio with them. Let’s get started.

Do you own a herding breed?  Have you taken that dog out to herding trials?  Did you know a herding dog is also called a stock dog, shepherd dog or simply just working dog? This is a type of dog that has been trained or belongs to breeds that have been bred and developed for herding. All herding behavior is predatory behavior. By selective breeding, humans have been able to minimize the dog’s natural drive to treat cattle and sheep as prey while maintaining the dog’s hunting skills, thus creating an effective herding dog. If you haven’t listened to the episode All About the Sport of Herding, go back and give it a listen at Dog Works Radio.com

A sheepdog trial is a competitive dog sport which herding dogs move sheep around a field, through fences, and gates and even into and out of enclosures while being directed by their handlers. Sheepdog trials take place all over the world in places with hill farming areas where sheep range widely unfenced. Places like the Great Britain, Ireland, South Africa, Chile, Canada, Australia, New Zealand and even in the United States.

Most of the venues only allow herding breeds to compete, but others are allowing any dog that has been trained to work stock.

There is a exorbitant about of training that takes place when training a dog to work stock. The competition is the fun part. A lot of these dogs actually do the work. Some are trained for competition only. Keep this in mind if you are considering a herding breed or even a herding breed mix. These dogs live to work and love it. They expect it. They thrive on the mental challenges. Training should begin early and will most likely have begun with a carefully planned out puppy program set in place by the breeder.

If you don’t know what a puppy program is you can learn more from our 4 part series the Four Critical Periods of a Puppy’s Life at Dog Works Radio.com

The first dog trials were held in New Zealand in 1867. A kelpie from Austrailia named Brutus won a sheepdog trial and his winnings were reported in the local paper in 1871 which shows a long history of trialing from Australia.

This sport has a long history as well in the United Kingdom drawing hundreds of spectators to the first recorded trial in 1873 where ten dogs competed.  The name of the first winner was Tweed. He was a compact black and tan Scottish bred dog with a  foxy face.

The first Scottish sheepdog trial was held at the Carnworth Agricultural Society Show in Lanarkshire around 1874. It is reported that the winner was James Gardner of Pentland with a black and white bitch named Sly, who worked with ‘eye.’ The prize was one pound, which was considerable money in those days.”

Trials quickly spread in England and Scotland. From the beginning, shepherds realized that show collies, also becoming popular at the time, quickly lost the keen working instincts honed in working collies. In 1876, a trial was organized in Alexandra Park by the sheepman as a challenge to the show fanciers to demonstrate that show collies could still work. There were two judges for work and appearance. The result was a disaster for the show fanciers. Show collies barked, yelped and lost control of many sheep. The winner was a common red coated working collie named Maddie, owned by John Thomas, a Welsh shepherd.

Today the sport continues to be popular throughout the world. In the United Kingdom, England, Scotland, Wales and Ireland all host national championships followed by an International Championship featuring the best dogs and handlers from each of the four. Their sanctioning body, the International Sheepdog Society also hosts a World Championship every three years with dogs participating from throughout the world.

Events vary with different courses being predominant in different parts of the world. In the United Kingdom, Europe, North America and in Southern Africa (The Republic of South Africa, Botswana, and Zambia), the British Course is most common.

In Australia, there are several events, but the key element is the control of three to six sheep by one or two highly trained dogs under the control of a single handler. Both time and obedience play a part, as competitors are penalized if a sheep strays from the prescribed course. Another popular event involves having the dog split six sheep into two groups of three and conducting each group in turn to small pens through a defined course by heading dogs. The group not being led is guarded by one of the two dogs, an eye-dog (from its ability to keep the sheep still by head movement alone). This is more difficult than it sounds because the two groups of sheep invariably try to stay together.

Yard Dog Trials are also gaining in popularity. In these competitions dogs are required to move sheep through several yards, including a drafting race and sometimes into and out of a truck, with minimum assistance.

The exact layout of the trial field can vary significantly. Most experienced handlers agree that there are certain elements that are important to ensure that the challenge to the dog and handler is a fair and complete test. For USBCHA-sanctioned trials, these elements include:

Other popular test elements that are often added include:

In addition there are various elements that may be added to increase the level of difficulty of a trial. One such example is the double lift where the dog is required to fetch one group of sheep, bring them to the handler, look back and find another group, somewhere else on the trial field some distance away. They must then leave the first group and do a second outrun to fetch the others and bring them to join the first group.

In most competitions the dog will be required to do the fetching and driving tests on their own. During these test elements the handler must remain at a stake positioned during the layout of the trial course. During the shedding, singling and penning the handler usually leaves the stake and works with the dog to achieve the task.