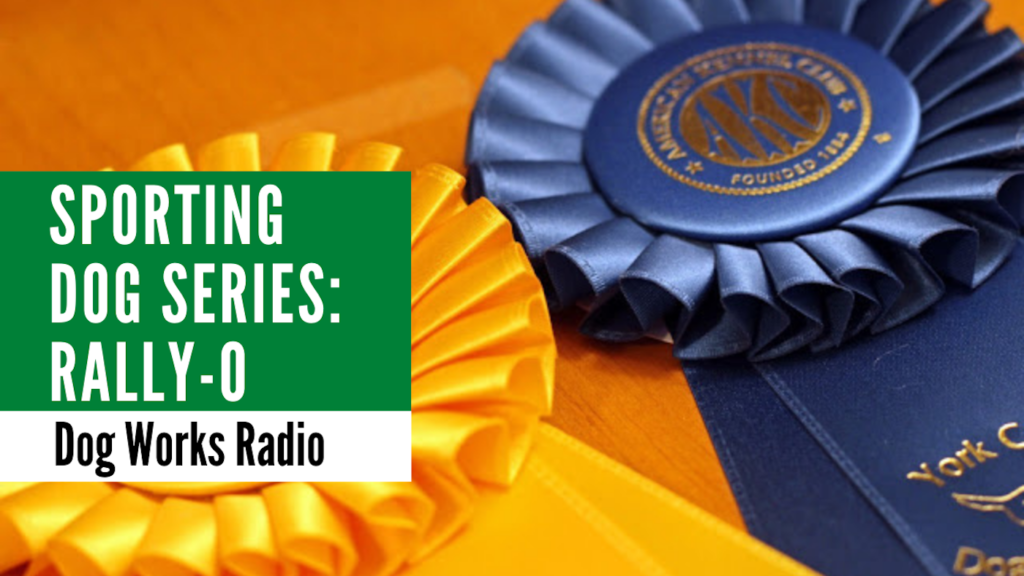 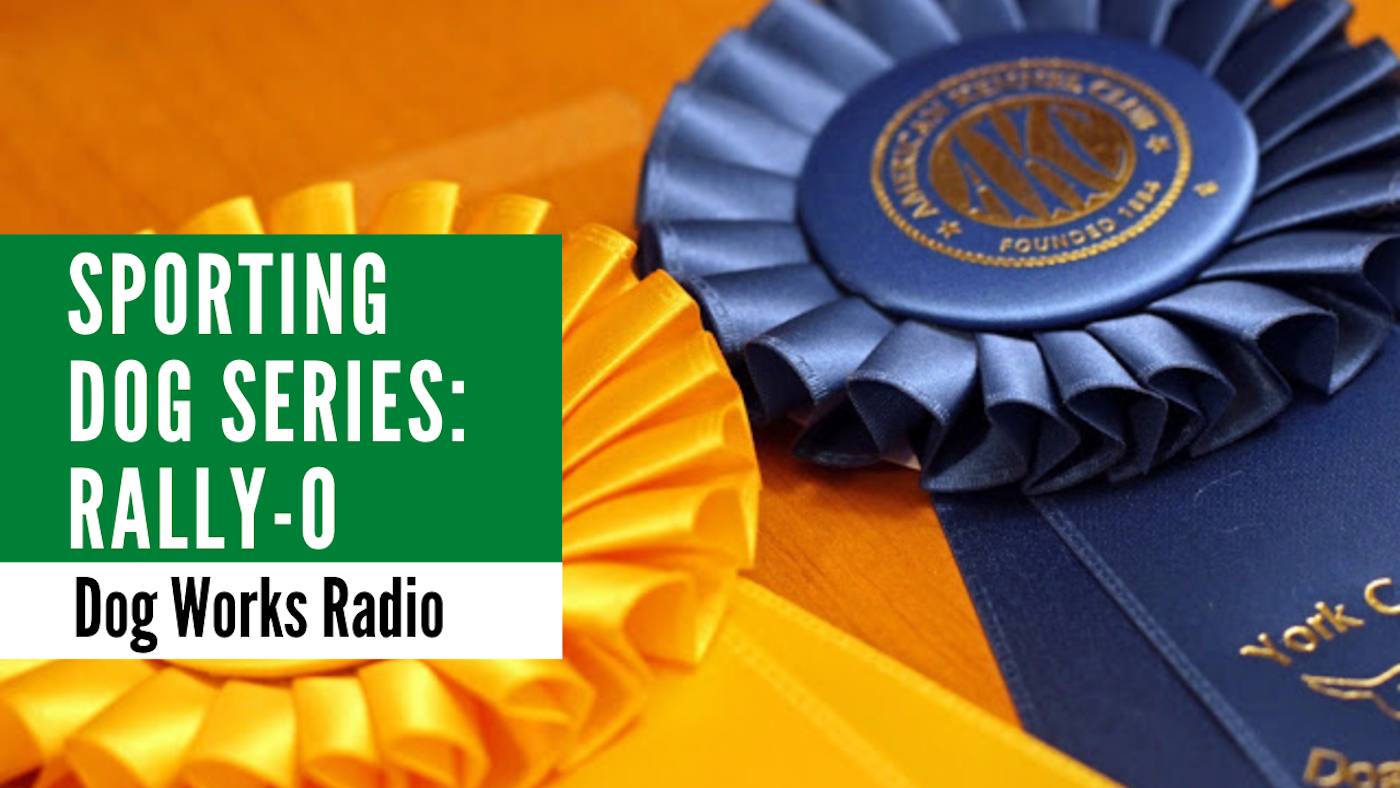 All about the sport of Rally Obedience.

Rally-O! Is one of my absolute favorite sports to teach and to do with my own dogs. Even though we don’t compete, learning the course is challenging and provides a way for the relationship to grow in strength and trust. Just because this is an American Kennel Club sanctioned event that you can earn titles for I don’t want that to discourage you!  It is open at the competitive level for all AKC registered breeds and for AKC Canine Partners. If you have a dog that you feel fits the description and could possibly have the majority DNA you can qualify for the AKC Canine Partners program to compete. But I think it’s worth learning how to perform Rally-O whether you compete or not merely because it is challenging. So for any of you wanting to take your dog to the next level and get into a sport, this is the one I recommend by far, to my clients.

Way back early on in my career as I was learning to define myself as a professional dog trainer I went to a local AKC dog show being put on by a local club in Denver. One of the judges opened the Rally-O course to any novice with any dog so we could give it a try, WOW! What an eye-opener that was for me!  I honed my skills as soon as I got back to our training facility and after a few weeks I developed an intro course to teaching Rally-O.

Rally obedience (also known as Rally or Rally-O) is a dog sport based on obedience. It was originally devised by Charles L. “Bud” Kramer from the obedience practice of “doodling” — doing a variety of interesting warmup and freestyle exercises. The doodles were usually parts of obedience exercises that taught the skills and improved performance and accuracy.

Unlike regular obedience, instead of waiting for the judge’s orders, the competitors proceed around a course of designated stations with the dog in heel position. The course consists of 10 to 20 signs that instruct the team what to do. Unlike traditional obedience, handlers are allowed to encourage their dogs during the course.

In AKC Rally, which is open to AKC breeds and mixed breed dogs registered in the AKC Canine Partners program, the team starts with 100 points, and the judge deducts points for mistakes. After qualifying three times under two different judges, the dog earns a title, which appears after the dog’s registered name. Each qualifying trial earned is known as a “leg.”

There are three levels in AKC Rally:

I highly recommend beginning your training program with Rally-O as the advanced portion of your training program. If starting out with an 8 week old puppy, you want to start with name, look, and watch, and reinforce those behaviors throughout the program. For Rally-O you want to be sure that your dog can perform on ques, hand-signals and perform them correctly at the first indication. So when you begin programming your puppy you want to utilize both verbal and hand signals and you want those hand signals to be highly consistent and used throughout your training program. Start on-leash and practice a routine with simple Rally-O cards at first and then repeat the routine off leash. Using treats and praise is highly recommended. As you gain confidence and your dog demonstrates compliance begin to add in the harder Rally-O cards and remind yourself that any new commands or instructions will require repetition in training before your dog will perfect the course.

A path of obedience rally is composed. According to the regulations to which it refers, from 10-20 signs, indicating the exercises to be performed with the dog, many of which are known through the attendance of an advanced education course of from the daily obedience: conducts turns, positions, remains/stays, calls, according to the level in which one participates. During a rally obedience race, it is absolutely allowed to speak, praise, and even reward the dog, each competitor starts with a maximum score of usually 200 points that will have to be safeguarded not to make mistakes on the course and receive demerits. The climate that breathes in this competition is extremely peaceful and relaxing being a discipline open to any type of dog and to any type of handler.

Rally is offered all over the world. There are currently seven sanctioning bodies for Rally-O in the United States: the American Kennel Club (AKC); World Cynosport (formerly the Association of Pet Dog Trainers (APDT)); Canine Work and Games (C-Wags;)and Canines and Humans United (CHU). The United Kennel Club (UKC) added rally obedience to their program as of January 2009, and the Swedish Working Dog Club (SBK) added it in July 2011. International Canine Events (ICE) offers a Rallye Challenge title. Australian Shepherd Club of America (ASCA) also has a rally program that is available to all breeds, including mixed breeds.

In World Cynosport Rally, which is open to any dog and handler, the team starts with 200 points, and the judge deducts points for mistakes and adds bonus points that can be earned for optional exercises. There are three levels and there are additional titles for multiple qualifications at various levels, and several championship levels. World Cynosport Rally varies in some respects in the performance of some of the exercises and has some exercises, such as a retrieve, not seen in AKC rally. The most obvious difference between the two is the ability to reward the dog with food in the ring under specific conditions in World Cynosport rally.

UKC Rally follows a similar pattern as the AKC program. There are three levels of competition, three legs are required for a title, and there is an extended championship title. UKC rally is open to any dog and handler. The exercises in UKC rally vary slightly from the other organizations, mostly involving which exercises are in each level.

C-Wags and CHU are relatively new organizations that appear to be mainly in the Mid-west. It has added variations on rally courses, such as Zoom – which has no stationary signs, and requires 4 legs to title.

In the UK, Talking Dogs Rally (TD Rally) produced their own version which was launched in January 2010. For greater clarity, all signs have been redesigned and color-coded: Level 1 = green, Level 2 = blue and Level 3 = yellow. Uniquely, to encourage teams (one dog and one handler) to compete against their own scores rather than against other teams, TD Rally does not designate competitors as first, second or third. Instead, teams gain Good, Outstanding and Ace rosettes for achieving scores over 170, 180 and 190 respectively (all teams start with 200 points.) Teams scoring over 181 points are included in the UK TD Rally National Rankings. As with other versions there are multiple opportunities for teams to win Titles including Puppy and Veteran. TD Rally put great emphasis on training their Judges in order to provide competitors with standardized, objective and fair judging throughout the UK.

In Italy, CSEN “Rally-Obedience” produced their version which was launched in September 2010. In CSEN Rally-Obedience, which is open to any dog and handler, the team starts with 200 points, and the judge deducts points for mistakes. There are three levels and there are additional titles for multiple qualifications at various levels. Another there are levels for puppy, junior handler, veteran and novice. There are three types of title, gold, silver and bronze. Teams scoring over 170 points are included in the CSEN Rally National Rankings. CSEN Rally-Obedience is managed by the (sports promotion organization officially recognized by the Olympic committee).

In Switzerland, Rally Obedience has existed since 2002, the last rules from 2008 are based on the work of Bud Kramer and the APDT and were updated in 2012.