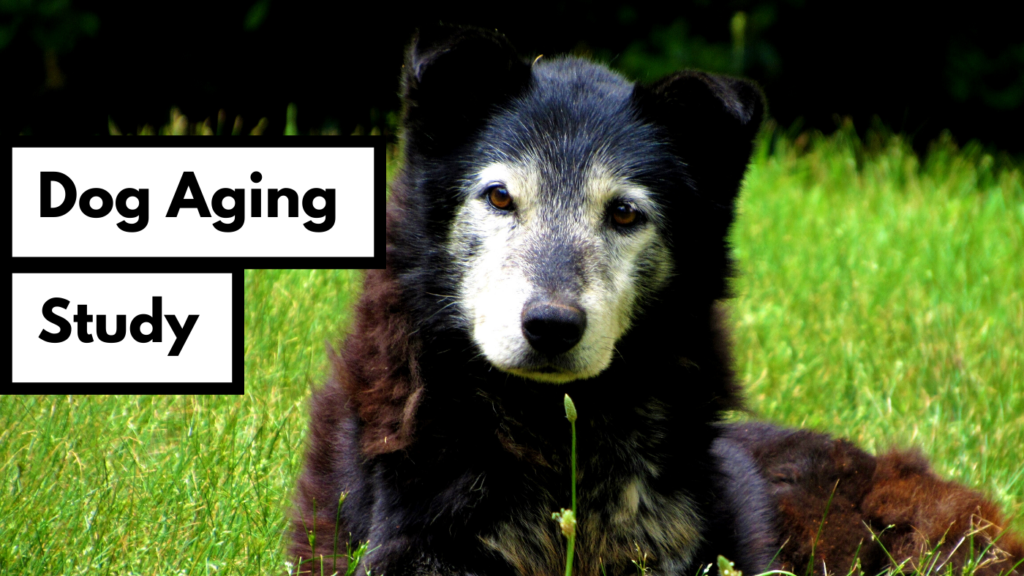 The Dog Aging Project is researching canines over the age of 20, or “supercentenarian” dogs, to discover what gives these pets more longevity

I have a question for you. What is the oldest dog you have ever had? Did you know that the American Kennel Club lists the average life expectancy of about 10 to 12 years? This number can go up or down for a variety of factors including health, genetics, diet, and environmental factors. Smaller dogs like toy breeds tend to live longer while giant breeds like the Great Dane and Deerhound live much shorter lives, sometimes less than eight years. Any way around it they don’t live nearly long enough, do they?

On today’s podcast we are going to discuss a study that is published in Nature, probably the most important academic journal for science in the world, about a new study into how long dogs live busts the myth that each human year is equivalent to seven years for dogs.

A commonly held belief is that a dog ages seven times faster than humans, so a one-year-old dog is comparable to a seven-year-old child.

But the reality is that large breeds age ten times quicker than humans, and some small dogs can be age slower than the supposed 1:7 human year to dog year ratio.

Now scientists are studying the genomes of 10,000 dogs in a long-term study called the Dog Aging Project. Researchers hope they will learn why “supercentenarian” dogs that live to 20 can survive so long and use these findings to improve canine and human longevity.

Professor Joshua Akey, at Princeton University, told SWNS, “This is a very large, ambitious, wildly interdisciplinary project that has the potential to be a powerful resource for the broader scientific community.”

“Personally, I find this project exciting because I think it will improve dog, and ultimately, human health,” he added.

The researchers hope to identify specific biomarkers of canine aging.

“This is the first study of its kind in dogs, and I think it’s a clever way of trying to find genetic differences that contribute to exceptional longevity,” Professor Akey said.

The research team anticipates that their findings will translate to human aging, for several reasons: Dogs experience nearly every functional decline and disease of aging that people do; the extent of veterinary care parallels human healthcare in many ways; and our dogs share our lived environments, a significant determinant of aging and one that cannot be replicated in any lab setting.

“Given that dogs share the human environment and have a sophisticated health care system but are much shorter-lived than people, they offer a unique opportunity to identify the genetic, environmental and lifestyle factors associated with healthy lifespan,” University of Washington professor Daniel Promislow, a principal investigator for the study, said.

The project was outlined in the journal Nature.

So if you like this story, stick around after a short break and we are going share another one that I am sure you will find interesting.

Here’s a headline for you: Tennessee Dog Celebrates 20th Birthday as Oldest Golden Retriever in History

Even a dog in Tennessee can make an impact on history.

August, better known as “Augie,” made history on April 24 when she turned 20, becoming the oldest golden retriever ever, according to Golden Hearts Retrievers Rescue.

Augie lives in Oakland, Tenn. with her owners Jennifer and Steve Hetterscheidt, who adopted the cute pup when she was 14.

To celebrate her milestone birthday, Augie earned a dog-friendly carrot cake, as well as some quality time with her fellow golden retriever siblings, Sherman, Belle, and Bruce.

And even at 20 years old, Augie is surprisingly healthy, her owner Jennifer said.

“She can still move around well (although she’s a bit shaky when she first gets up) and enjoys daily walks around the yard,” Jennifer told the rescue. “Since she was diagnosed with some kidney issues when she was 14, she now eats a mixture of wet and dry Hill’s Prescription Diet K/D, and takes some supplements for her kidneys and joints.”

Jennifer also said that Augie gets SQ fluids twice a week, which “has helped her perk up quite a bit.”

According to Golden Hearts, most golden retrievers typically live for about 10-12 years. At most, they live to 15 years old.

“We care for them as long as we have them,” Jennifer said, “and love them forever.”

So, do you remember that question I asked you at the top of the show? Let us know in the comments section or on social media, just search dog works radio. For more training tips and advice, please check out Alaska dog works.com

One last thing, did you know that the single best thing you can do for us is to tell your family and friends how to listen to our show? Who knows, maybe they will become a rabid listener just like you.

I am Michele Forto for Dog Works Radio. See you next time.