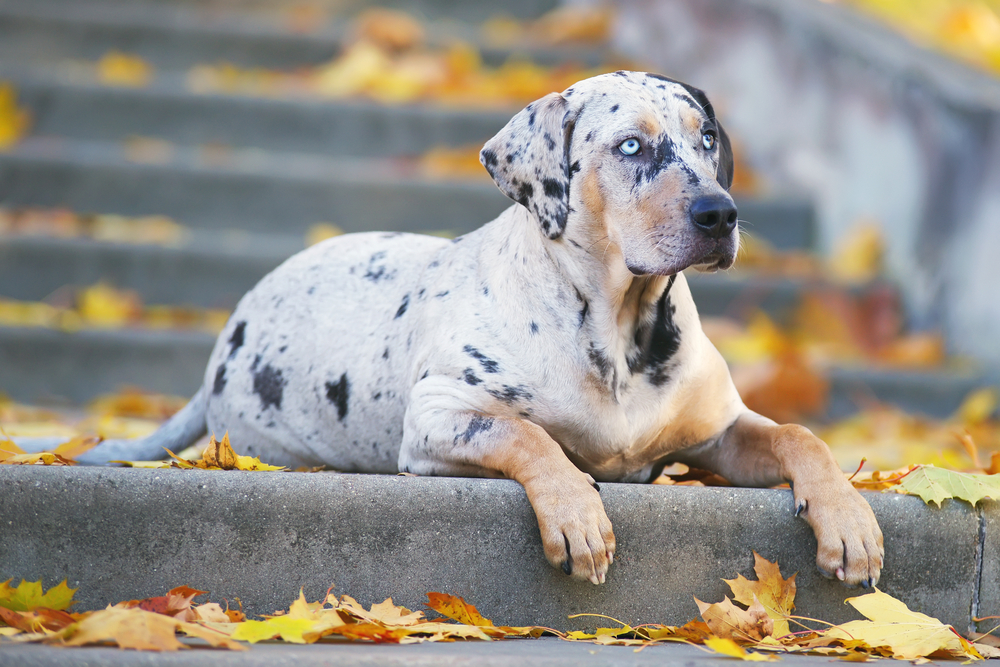 How to Train an American Leopard Hound

Want to learn how to train your American Leopard Hound to be one of the best-trained dogs? Click here to find out how

The breed is very versatile in hunting various game species, including, but not limited to, raccoon, bear, bobcat, cougar, squirrel, and any other tree-minded game. As an especially tough breed, they also fare exceptionally well in extreme weather, both hot and cold. The American Leopard was officially organized and named the American Leopard Cur in 1960 but changed by the breed club members to the American Leopard Hound on May 1, 2008, years before coming to the American Kennel Club.

American Leopard Hounds are one of the oldest of the tree dog breeds in the Americas. The exact origins of the American Leopard are unknown. Those who have researched the history of the breed maintain that dogs brought to the New World by Spanish conquistadors played a role in their evolution.

Opinions vary as to what other dogs were involved in the breed’s development. Some researchers suggest that the conquistadors’ dogs were mixed with dogs native to Mexico and were later brought to the United States by settlers, where they continued to develop into the breed known today. Others contend that the breed’s entire development took place within the southern United States from a mixture of Spanish, French, English, Irish, and Scottish hound and herding breeds.

By the early 18th century, American Leopard Hounds had become established in eastern North Carolina. From there, it made its way west into Tennessee and Kentucky and, later, south into Texas and Oklahoma.

During the early 20th century, the breed began to decline and was allowed to cross with other breeds, so much so that by the 1950s, few purebred examples could be found. Realizing this, three individuals, J. Richard McDuffie, Leroy E. Smith, and A.W. Carter, began to independently search for any examples of the breed. Meeting in 1960, these three men established the American Leopard Cur Breeders Association (ALCBA) to establish and promote the breed.

The American Leopard Hound has been bred as an all-purpose tree dog. They are unique in the tree dog world because of their intense desire to please their master; no breed is more easily trained. They are also unsurpassed in their ability to fight and hold game at bay without getting hurt. They stay in close on the quarry, but have the unique ability to “duck and dodge” to avoid injury. In the home, they are extremely affectionate and protective with children.

Most American Leopard Hounds are healthy dogs. Prospective American Leopard Hound owners should work with a responsible breeder, who can educate them about specific health concerns within the breed. Good breeders utilize genetic testing of their breeding stock to reduce the likelihood of disease in their puppies. The mating of two merle-colored American Leopards creates the possibility of puppies called double merles. These pups carry a much higher risk of being blind, deaf, or sight or hearing-impaired.

Grooming can be a wonderful bonding experience for you and your dog. American Leopard Hounds have a smooth, dense, double coat; the outer coat is rough and the undercoat is fine and wooly. Beyond regular weekly brushing, the occasional bath will keep them clean and looking their best. Their strong, fast-growing nails should be trimmed regularly with a nail clipper or grinder to avoid overgrowth, splitting and cracking. Their ears should be checked regularly to avoid a buildup of wax and debris which can result in an infection. Teeth should be brushed regularly.

American Leopard Hounds are an energetic breed. Options for exercise include playtime in the backyard, preferably fenced, or walks several times a day. Exercise can also come in the form of indoor activities, like hide-and-seek, chasing a ball rolled along the floor, or teaching them new tricks. Training for dog sports like agility, obedience and rally can also be a great way to give your dog exercise. As a hunting breed with energy to spare, American Leopards would do best as part of an active, rural family.

American Leopard Hounds are eager to please and, therefore, easy to train. Bred to be a hunting dog, they are known for their stamina, focus, and agility. As a scenthound, they also tend to follow their nose and wander off, so it is important for them to be trained to listen and react to commands.

The American Leopard Hound should do well on high-quality dog food, whether commercially manufactured or home-prepared with your veterinarian’s supervision and approval. Any diet should be appropriate to the dog’s age (puppy, adult, or senior). Some dogs are prone to getting overweight, so watch your dog’s calorie consumption and weight level. Treats can be an important aid in training, but giving too many can cause obesity. Learn about which human foods are safe for dogs, and which are not. Check with your vet if you have any concerns about your dog’s weight or diet. Clean, fresh water should be available at all times.

Want to learn how to train your American Leopard Hound to be one of the best-trained dogs? Click here to find out how