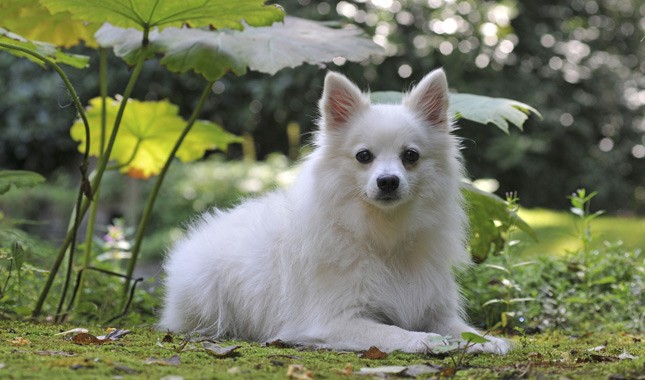 How to Train a Volpino Italiano

The Volpino Italiano is a diverse breed. They love to run and do agility, but when done, will jump up on your lap and lay there the rest of the day.

Volpini have existed since ancient times and almost became extinct when Italy lost interest in the breed. American Eskimo Dog breeders bred the Volpino Italiano to their Eskies in an effort to create the toy-sized American Eskimo. In the 1960s, Italian breeders took new interest to prevent the extinction of their breed, and, as a result, the Volpino Italiano experienced a resurgence and remains a viable breed.

The Volpino Italiano goes back to the same ancestors as the German Spitz, of which he is not a descendant, but a relative. They have been bred in Italy since time immemorial and have been idolized in the palaces of noblemen as well as in the hovels of the common people, where they were especially appreciated for their vigilance and instinct to guard. They were depicted by Italian master painters such as Michelangelo in the 1400-1500s, Andrea Landini in the 1800s, Andrea Verrocchio in the 1400s, Vittore Carpaccio in the 1500s, and H. Enrico Coleman Roma. In the 18th century, Volpini was the tireless companions of the carters of Tuscany and Latium and were always ready to announce noisily any strange persons met on the roads.

An active dog with lots of energy, the Volpino is also quick and curious, requiring lots of exercise and mental challenges. A Volpino who is left alone or who doesn’t get enough exercise can quickly become destructive. A securely fenced yard and an assortment of toys will help provide good exercise and stimulation to keep a Volpino out of trouble. They shouldn’t just be left out in the yard by themselves all day, however. Despite their warm coat, the Volpino is an indoor dog. They form strong bonds with their people and are happiest interacting with them.