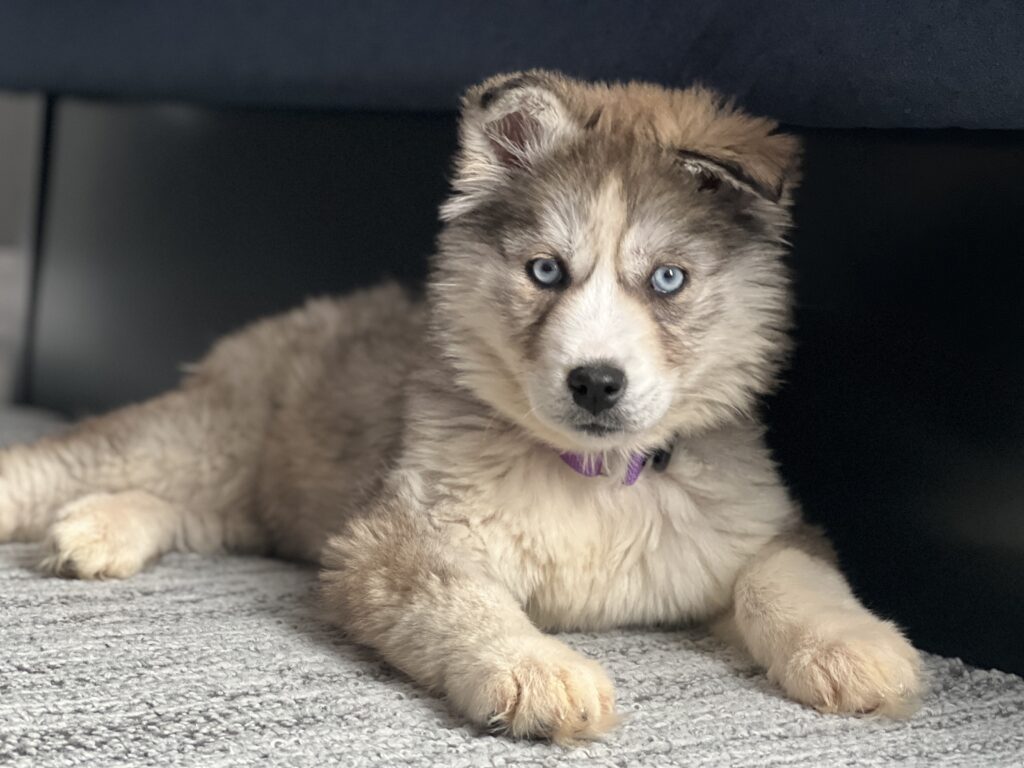 How to Train a Seppala Siberian

I am sure you have heard the story of the 1925 Serum Run where teams of sled dogs raced to deliver lifesaving medicine to the residents of Nome in Alaska. This is the story of Balto and Togo and a great movie on Disney Plus that came out a year or so ago, named Togo. These amazing dogs are a special breed known as the Seppala Siberian.

Did you know that today marks 14 years of doing our podcast! That’s right, we have rarely missed a week and we have more than 800 episodes in our library. Go check us out over on Dog Works Radio.com or wherever you are listening to this podcast.

This week, my business partner and I are up in Maine and we picked up a Seppala Siberian pup that will join our team and also we will train her for AKC events with Robert and as a therapy dog so that we can visit schools. Her name is Iseult. We look forward to many adventures along the way and started using the hashtag, #Iseult if you are interested, we hope you will follow along too.

A rare working dog breed, the Seppala Siberian Sleddog is developed for the purpose of pulling a sled in cold country. It is a moderate-sized dog averaging 40 to 50 pounds (18 to 23 kg) weight and 22 or 23 inches (56 to 58 cm) height. Colors and markings are considered of little importance; eyes may be brown, blue or any combination of the two colors. Seppalas are active and energetic but very docile and trainable. Seppalas show a primitive canine type, never having been bred or selected for conformation or the show ring. The breed shares its ancestral base with the Siberian Husky and for half a century shared the same registry with that breed, but was bred always exclusively as a working sleddog breed in its own right and kept apart from show bloodlines. In the late 1990s, it was recognized by Canadian agricultural authorities as a new “evolving breed” and in 2002 a similar separate breed initiative was started in the USA.

Bred by the legendary dog driver Leonhard Seppala from dogs imported into Alaska from eastern Siberia, the Seppala Siberians became famous in Alaska for their domination of the All-Alaska Sweepstakes distance race in the period from 1914 to 1917. Later they became popular in New England when Seppala raced there and ran a kennel in Poland Spring, Maine. In 1939 the last Siberia imports, along with several of Seppala’s dogs, became the breed foundation for the “Siberian Huskie” in Canada. The Canadian Seppala Kennels of Harry R. Wheeler in St. Jovite Station, Quebec, developed and bred Seppala Siberians until 1950 in genetic isolation from the developing Siberian Husky breed in the USA, which gradually became oriented more and more toward conformation dog shows.

A succession of Seppala breeders kept the strain alive through the 1950s and 1960s.In 1963, the third Seppala Kennels, run by C. S. MacLean and J. D. McFaul in Maniwaki, Quebec, Quebec, closed without a successor kennel and by 1969 the unique Leonhard Seppala strain faced extinction. It was primarily saved by the timely action of two breeders: Markovo Kennels in Canada and Seppineau Kennels in the USA.

The bloodline was then carried forward and developed as a serious mid-distance racing sleddog by Douglas W. Willett of Sepp-Alta Kennels in the state of Utah. The pure original Seppala bloodlines are rare but found in small numbers in several Canadian provinces, the main population now occurring in Manitoba where the parent kennel relocated in 2008.The Seppala Siberian Sleddog Project that was started in 1993 by the protagonists of the Markovo rescue effort won Agriculture Canada’s recognition for Seppalas in July 1997. The fourth historic Seppala Kennels in the Yukon Territory carried the breeding forward.

In July 2002, Doug Willett undertook a similar breed initiative through the Continental Kennel Club’s registry in the USA. At present two disparate populations use the same breed name: the original Agriculture Canada recognized population in Canada, identified by the Working Canine Association of Canada, and its descendants elsewhere, registered by the International Seppala Association; and the Continental Kennel Club population, which is not descended from the Canadian original. A third group of “Seppalas” is distinguished simply as an American Kennel Club Siberian Husky bloodline.

This is an active working breed that will be docile and trainable when it is provided with enough exercise. This is a high-energy dog, especially when young. Seppalas are very intelligent and trainable, but they will only obey a command if they see the human is stronger minded than themselves. If the handler does not display leadership, they will not see the point in obeying. Training takes patience, consistency and an understanding of the Arctic dog character. If you are not this dogs 100% firm, confident, consistent pack leader, he will take advantage, becoming willful and mischievous. Seppalas make excellent jogging companions, as long as it is not too hot. This breed likes to howl and gets bored easily.

The Seppala does not do well if left alone for a long period of time without a great deal of exercise beforehand. A lonely Seppala, or a Seppala that does not get enough mental and physical exercise can be very destructive. Remember that the Seppala is a true working sled dog in heart and soul. They are good with other pets if they are raised with them from puppyhood, but do like to hunt small game animals. Seppalas are thrifty eaters and need less food than you might expect. This breed likes to roam. Seppalas can make wonderful companions for people who are aware of what to expect from these beautiful and intelligent animals and are willing to put the time and energy into them.

While the Seppala used to be the same breed as the Siberian Husky today, it is considered a separate breed differing in appearance. Seppalas are the working lines and the Siberian Huskies are the show lines. Their legs and body are longer and they are generally lighter in weight and build than the show dogs. The ears are taller than those in the show lines, set closer together and are very erect. The stop is less defined than that in the show lines. The tail is naturally held high in a sickle curve over the back when alert.

The coat is medium in length and dense with an undercoat nearly as long as their outer coat. Coat colors vary and are not considered important in the breed. Some common coat colors include pure white, buff, buff and white, black, charcoal gray, gray, brownish gray, blue-gray and sable (reds with black-tipped guard hairs and black noses). Piebald spotting and agouti (wild type) coloration are common. Some have dark faces with white only on the feet and tips of the tail. Eyes can be blue or brown, or any combination of the two.

They are not usually recommended for apartments, however they can live in apartments if well trained and properly exercised. Seppala Siberian Sleddogs are very active indoors and do best with a fenced-in, large yard. Because of their heavy coats, these dogs prefer cool climates. One has to use common sense with respect to maintaining them in the heat by providing adequate shade and air conditioning. This breed prefers to live in packs.

The Seppala Siberian Sleddog needs a lot of exercise. When not pulling a sled the breed needs at least a daily walk or jog, but should not be excessively exercised in warm weather.

So what do you think? Please follow along Iseult’s adventures on social media. Just search #Iseult it is spelled I-s-e-u-l-t.