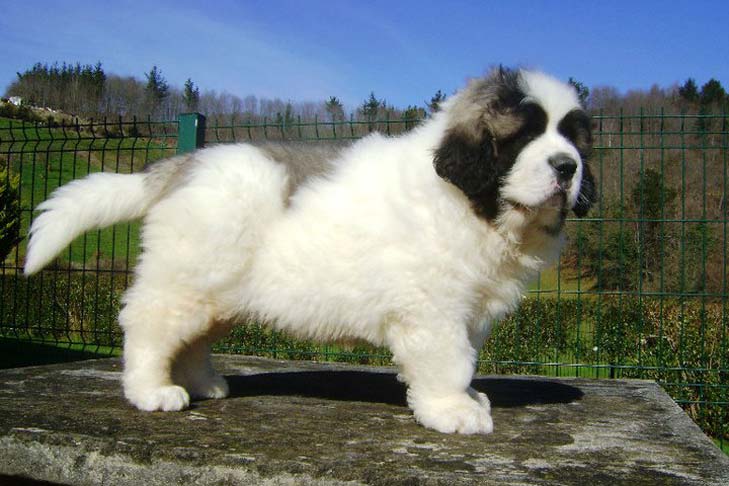 How to Train a Pyrenean Mastiff

A centuries-old, rare breed from the Pyrenees Mountains in Spain, this livestock guardian protected flocks from wolves, bears and thieves. Today, while it is still an effective guardian, many families have found the joy of owning the gentle and loving, yet independent, Pyrenean Mastiff.

The Pyrenean Mastiff is friendly towards humans, calm, noble and very intelligent. At the same time, he is courageous and proud towards strangers, from whom he never backs away. In his behavior towards other dogs, he is good-natured and aware of his superior strength. Though he will do his job to alert when strangers or animals come around, he is not known for being an incessant barker. As a guardian breed, the Pyrenean Mastiff has a very low prey drive and, therefore, loves and protects all creatures, human and animal alike. They love children and welcome friends and family, and only feel the need to protect when its a real threat. All that love can get a bit messy though; just like any mastiff, they do drool and quite profusely when exposed to heat, food, or water.

In the early middle ages, the area that would later become Spain was split between the Christian kingdoms of Castile and Aragon in the north, and the Muslim-controlled areas of the south. In the wide and flat area of Castile, the smooth-coated Spanish Mastiff was developed to protect flocks of sheep that traveled over long distances. In the Aragon region, the less homogeneous Pyrenees Mountains developed more rugged and longer-haired livestock protectors. Following the Trashumante, or formal mass migration of flocks to and from grazing grounds established by the Visigoth King Eurico in 504 A.D, herds of sheep 1,000 strong accompanied by a shepherd and five mastiffs would make the migration through the bear and wolf-infested Pyrenees Mountains and foothills. Named for the area of their Trashumante source, the Navarran Mastin (also Mastin of Navarra) and the Mastin d’Aragon, these livestock protectors were highly esteemed, and as such, received the same food allotments as the shepherds. They also wore a carlanca, a spiked collar that protected their necks while engaging wolves and bears. This migration lasted well into the 18th century.

In 1659, Mazarino, the Regent of France, and Phillippe IV, King of Spain, signed a decree splitting ownership of the Pyrenees Mountains with the northern area becoming French territory, and the Southern area remaining Spanish territory. The northern, or French, area further refined their mastiff, developing a white, longer-haired breed, the Pyrenean Mountain Dog, that possessed a more refined head and stature. The Pyrenean Mountain Dog enjoyed widespread recognition due to its popularity and strong breeding programs, while the Spanish mastiffs in the south continued their work as livestock guardians and remained more massive, primitive, and less homogenous.

In the 1930s and ’40s, the disappearance of the wolf and bear from the Pyrenees Mountains, the new reliance on rail to transport sheep, the Spanish Civil War followed by World War II, and a scarcity of food almost led to the total loss of the Mastiffs of Aragon. Being very large and expensive to support and with no further purpose besides guarding livestock, these noble dogs became almost extinct.

With the return of a pack of wolves to the Aragon region in the 1970s, there was once again a need for these dogs, now known as the Pyrenean Mastiff. At the same time, a small group of enthusiasts for this breed set to work reviving it, finding approximately 100 specimens of the breed and then narrowing it down to the best 30 that most closely resembled the standard and that displayed the proper temperament and excellent health.  Their breeding program resulted in today’s Pyrenean Mastiff that is known for its great size, strong build, graceful movement, and its gentle, non-aggressive and even temperament. Yet the Pyrenean Mastiff still possesses great fighting skills, honed through centuries of protecting livestock, but will put them to use only when pressed to meet aggressive behavior to protect itself, its people, its flock, its pack or its home.

While still relatively rare, the breed has since spread throughout Western and Eastern Europe, Scandinavia, Russia, Australia, Japan, and on to Mexico, the US, and now Canada, with somewhere between 4,000 and 6,000 worldwide. They are FCI approved and are shown successfully in the FCI affiliated clubs of most of these countries.

As a rare dog breed, there is not enough information to identify any specific genetic illnesses known to be prevalent. But as with all giant, deep-chested breeds, they can experience gastric dilatation-volvulus (GDV) and hip dysplasia.

Bathe your Pyrenean Mastiff as required, though less is better in order to retain the natural oils in his coat. Brushing at least every three days will keep the coat mat-free and fresh. Trim nails to include dewclaws, and trim mats that may appear between the toes. The Pyrenean Mastiff is a double-coated breed, so it does shed twice a year. Beyond those times, it does not typically shed much hair. Use a rake to aid in removing loose hairs when shedding.

Allowing free play all the time except right after eating is fine, but walking your Pyrenean Mastiff puppy can be harmful if the distance is not increased slowly. Extra-large-breed puppies grow rapidly, and their bones are soft and take a long time to harden and mature. You also want to be sure that you try to walk them on soil or unpaved paths, if at all possible. Concrete is hard on their joints. Options for exercise include playtime in the backyard, preferably fenced, or being taken for walks several times a day. Pyrenean Mastiffs are a relatively calm breed, but they do need their exercise to remain mentally and physically fit.

A centuries-old, rare breed from the Pyrenees Mountains in Spain, this livestock guardian protected flocks from wolves, bears and thieves. Click To Tweet

The Pyrenean Mastiff should do well on a high-quality dog food, whether commercially manufactured or home-prepared with your veterinarian’s supervision and approval. Any diet should be appropriate to the dog’s age (puppy, adult, or senior). Some breeders recommend that puppies be kept on a high-quality, high-protein, large puppy kibble with calcium at .8 to 1.5 and phosphorus at .6 to 1.2; if the food doesn’t have 1400 mg/kg glucosamine and 1200 chondroitin, they suggest supplementing. Females stay on puppy food until 18 months of age and males until 2 years old. Some dogs are prone to getting overweight, so watch your dog’s calorie consumption and weight level. Treats can be an important aid in training, but giving too many can cause obesity. Learn about which human foods are safe for dogs, and which are not. Check with your vet if you have any concerns about your dog’s weight or diet. Clean, fresh water should be available at all times.