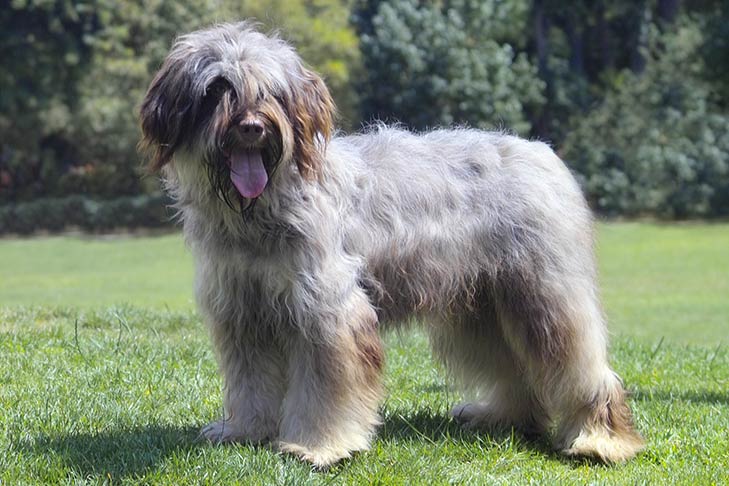 How to Train a Portuguese Sheepdog

Want to learn how to train your Portuguese Sheepdog to be one of the best-trained dogs? Click here to find out how.

The Portuguese Sheepdog is exceptionally intelligent and lively. Very devoted to the shepherd and his herd, he can be somewhat wary of strangers and vigilant at night. Today, he is also an excellent companion, sporting and guard dog. He is known for his skillful ability to keep livestock in pastures and also for searching out stray animals. He is always vigilant and successfully alerts if predators are in the area. This breed is extremely devoted to its work and conducts it with joy and pleasure.

Portuguese Sheepdogs are medium-sized dogs with appreciable rusticity and sobriety and are extremely agile and swift. Their long hair has a goat-like texture, without an undercoat, and can be straight or slightly wavy. The dense and evenly-distributed coat forms a long beard, mustache, and eyebrows that are not so long as to cover his eyes. Coat colors can be yellow, brown, grey, fawn, wolf grey in shades ranging from light to dark, and black, accompanied by tan markings. This lively breed has a simian-like attitude and appearance, which is why it is known in its native region of Portugal as a ‘monkey dog’.

Thought to be a relatively recently developed breed, the Portuguese Sheepdog’s history is shrouded in mystery. Though there are a number of theories, what is definitely known is that the breed developed in Portugal, most likely in the central and southern areas, and has been found in the mountainous region of the Serra de Aires since the early 20th century. This region has been known as the native lands of other herding breeds as well, such as the Pyrenean Shepherd and Catalan Sheepdog, and one theory is that the Portuguese Sheepdog originated from the crossing of these breeds that came before it, though there is no solid evidence.

The most widely accepted theory is that the first Conde de Castro  , Manuel Inácio de Castro Guimarães, in no earlier than 1909, imported a number of Briards from France to herd his flocks of sheep. (At the time, Briards were a well-regarded herding dog and famous throughout Europe for successfully aiding France in WWI.) Though the breed were excellent herders, they were ill-equipped to handle the local Portuguese climate and terrain. The Conde’s solution was to cross his Briards with local herding breeds, possibly the previously mentioned Catalan Sheepdog and Pyrenean Shepherd. This theory is based on circumstantial evidence, though it very likely may be true due to the traits and appearance of the Portuguese Sheepdog. By the end of the 1920s, this new sheepherding breed became very well known in its native mountainous home as well as the adjacent region of Alentejo.

With Portugal’s limited involvement in WWI and its complete absence from WWII, the Portuguese Sheepdog was saved from the sharp population declines prevalent in other European breeds at the time. In 1932, the Portuguese Kennel Club granted the breed full recognition, using a standard written by Dr. Antonio Cabral and Dr. Felipe Morgado Romeiros. However, due to modern technologies, the urbanization of its homelands, and a lack of international recognition, by the 1970s, the breed had become very rare and was thought to be on the verge of extinction.

Beginning in the late ’70s, a group of breeders and owners banded together to bring back the breed. With the helpful push of a new group of fanciers during the ’80s, the Portuguese Sheepdog was bred to be more of a companion dog and was thus discovered by middle-class Portuguese suburbanites.

The FCI finally formally recognized the breed in 1996 as a member of the Herding Group. The breed is still rare outside Portugal and, within the country’s borders, it is almost always seen as a companion, with only a very few dogs still herding in its native mountain region.

Some dogs may be faced with health challenges in their lives, but the majority of Portuguese Sheepdogs are healthy dogs. Working with a responsible breeder, prospective owners can gain the education they need to learn about specific health concerns within the breed.

Beyond regular weekly grooming, the occasional bath will keep your Portuguese Sheepdog clean and looking his best. Grooming can be a wonderful bonding experience for you and your dog. The strong, fast-growing nails should be trimmed regularly with a nail clipper or grinder to avoid overgrowth, splitting, and cracking. The ears should be checked regularly to avoid a buildup of wax and debris, which can result in an infection. Teeth should be brushed regularly.

Options for exercise include play time in the backyard, preferably fenced, or being taken for walks several times a day. Exercise can also come in the form of indoor activities, like hide-and-seek, chasing a ball rolled along the floor, or learning new tricks. Certain outdoor activities like swimming, hiking, and retrieving balls or flying discs can provide a good outlet for expending energy. Training for dog sports like agility, obedience, and rally can also be a great way to give your dog exercise.

The Portuguese Sheepdog is exceptionally intelligent and lively. Very devoted to the shepherd and his herd, he can be somewhat wary of strangers and vigilant at night. Click To Tweet

The Portuguese Sheepdog should do well on a high-quality dog food, whether commercially manufactured or home-prepared with your veterinarian’s supervision and approval. Any diet should be appropriate to the dog’s age (puppy, adult, or senior). Some dogs are prone to getting overweight, so watch your dog’s calorie consumption and weight level. Treats can be an important aid in training, but giving too many can cause obesity. Learn about which human foods are safe for dogs, and which are not. Check with your vet if you have any concerns about your dog’s weight or diet. Clean, fresh water should be available at all times.

Want to learn how to train your Portuguese Sheepdog to be one of the best-trained dogs? Click here to find out how.