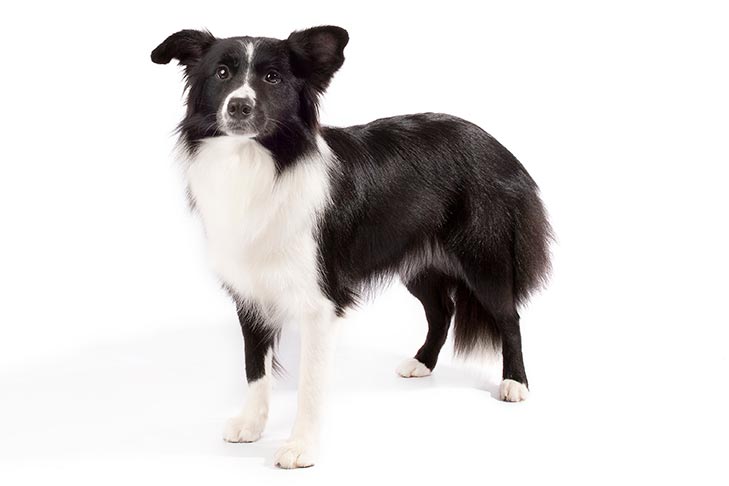 How to Train a Border Collie

Want to learn how to train your Border Collie to be one of the best-trained dogs? Click here to find out how.

Did you know during the glory days of the Roman Empire, successive emperors drew up plans to invade and conquer Britain. But, for various reasons—uprisings in other parts of the empire, or shifting political situations—the plans were shelved. Finally, in the year 43, the emperor Claudius fulfilled this long-held dream of conquest.

The Roman occupation of Britain had a great influence on virtually every aspect of British life. This included dog breeding. The occupying legions brought along their own food source, livestock. And where livestock goes, herding dogs are sure to follow. The large, heavy-boned herding dogs imported by the Romans remained a fixture on the British landscape for more than three centuries.

During the long, slow dissolution of the Roman Empire, fierce Viking raiders took their turn invading Britain. They, too, brought along their dogs. These were smaller, quicker, spitz-type herders, progenitors of such contemporary breeds as the Icelandic Sheepdog. Crosses between the old Roman dogs and the Viking spitzes produced compact and agile herders, well equipped to work stock in the hilly, rocky highlands of Scotland and Wales. Thus began the history of the Border Collie.

Borders have been called the world’s greatest herders, and anyone who’s seen them work—with their sweeping outruns, their stealthy crouching and creeping, and their explosive bursts of focused energy—would have to agree. When shepherds dream of the perfect dog, you can bet it’s a Border.

As immortalized in the movie “Babe,” Borders have dominated competitive sheepdog trials in the British Isles for more than a hundred years. Borders also rule the championship levels of the fast-paced sport of agility, and they routinely top lists of world’s smartest dog breeds.

The Border Collie joined the AKC Herding Group in 1995.

Some Quick Facts about the Border Collie

The Border Collie is a well-balanced, medium-sized dog of athletic appearance, displaying style and agility in equal measure with soundness and strength. Its hard, muscular body conveys the impression of effortless movement and endless endurance. The Border Collie is extremely intelligent, with its keen, alert expression being a very important characteristic of the breed. Any aspect of structure or temperament that would impede the dog’s ability to function as a herding dog should be severely faulted. The Border Collie is, and should remain, a natural and unspoiled true working sheepdog.

Early socialization is especially vital with the Border Collie, entailing positive exposure to a wide variety of people and situations from early puppyhood through about seven months. Obedience training that starts early and continues throughout the BC’s life will keep him happy and provide needed mental stimulation. Border Collies are highly intelligent and highly trainable and are superstars at canine activities such as herding, obedience, and agility. Due to their tendency to herd animals and people, they do best with older, well-behaved children. They love their families but may be somewhat reserved with strangers.

Borders have been called the world’s greatest herders, and anyone who’s seen them work—with their sweeping outruns, their stealthy crouching and creeping, and their explosive bursts of focused energy—would have to agree. Click To Tweet

This high-drive, athletic breed is extremely energetic and requires daily exercise beyond just a walk around the block or a quick romp in the yard. They thrive when they have a job to do and space to run. A Border Collie who doesn’t work must be provided with vigorous exercise every day. Clearly, this is a breed for an active owner, and not for someone who prefers to stay indoors or who travels away from home frequently. BCs often participate (and excel) in herding events, not to mention obedience, agility, rally, and tracking competitions, and sports such as flying disc and flyball.

The Border Collie is generally a very hardy and healthy breed, and a responsible breeder will screen breeding stock for health conditions such as hip dysplasia, progressive renal atrophy, deafness, epilepsy, collie eye anomaly, neuronal ceroid lipofuscinosis, and trapped neutrophil syndrome. A BC’s ears should be checked regularly for signs of infection, and the teeth should be brushed regularly.

Want to learn how to train your Border Collie to be one of the best-trained dogs? Click here to find out how.