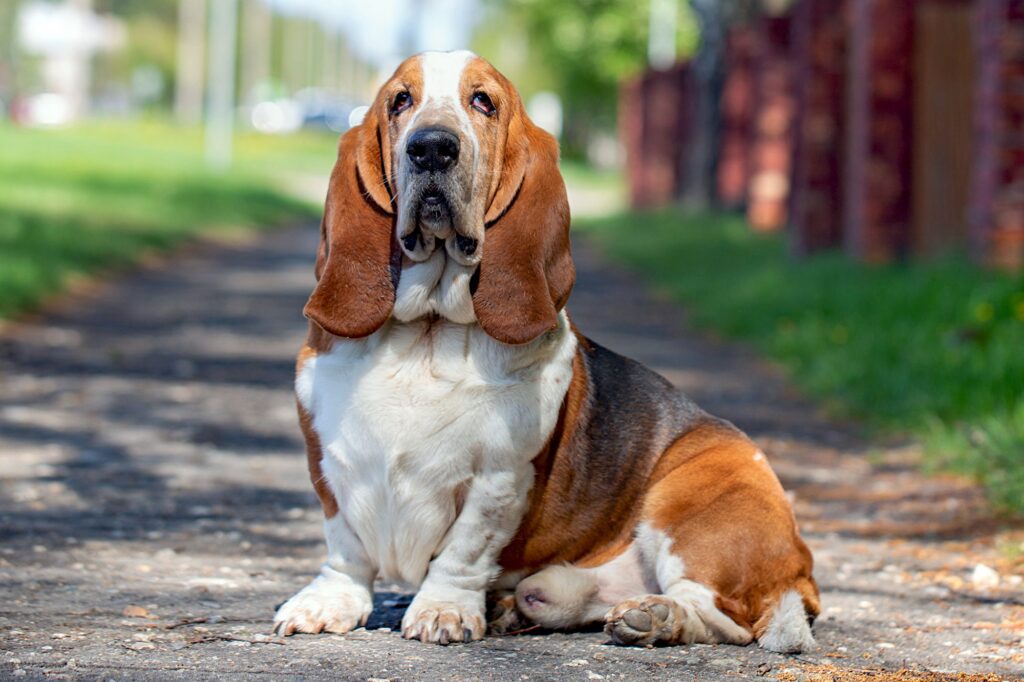 How to Train a Basset Hound

Want to learn how to train your Basset Hound to be one of the best-trained dogs? Click here to find out how.

Among the most appealing of the AKC breeds, the endearing and instantly recognizable Basset Hound is a perennial favorite of dog lovers all over the world. This low-slung and low-key hound can be sometimes stubborn, but is always charming.

The Basset Hound stands no higher than 14 inches at the shoulder but, with his remarkably heavy bone, powerful little legs, and massive paws, he possesses big-dog strength and stamina. Bassets are famous for a large, domed head that features extremely long, velvety ears, mournful eyes, and a wrinkled brow, which give the breed the look of a sad clown. Built more for endurance than speed, the Basset moves in a deliberate but effortless manner. The breed’s scenting ability is uncanny; it’s said that among dogs only the Bloodhound’s nose is more accurate. Mild and agreeable at home, the Basset is stubborn on the trail and barks in a loud, ringing voice. Although they may not be wildly demonstrative in their affections, they are steadfastly loyal.

Basset Hounds were originally bred in France and Belgium (“basset” is French for “low”). It is thought that the friars of the Abbey of St. Hubert were responsible for crossing strains of older French breeds to create a low-built scenting hound that could plod over rough terrain while followed on foot by a human hunting partner tracking rabbit and deer. Their accuracy and persistence on scent made Bassets a popular choice for French aristocrats, for whom hunting was a way of life.

Because of the Basset’s ears are long and droopy, it’s important to check them frequently to ensure that air circulation hasn’t led to an infection. Shaking the head or scratching at the ears may indicate the need for a vet visit. Responsible breeders check for health conditions such as hip dysplasia, elbow dysplasia, glaucoma, hypothyroidism, bleeding disorders, and luxating patella, a dislocated kneecap once called a ‘trick knee’ in humans. Brushing your dog’s teeth with specially formulated canine toothpaste at least twice a week is also a vital part of Basset health care.

Although it might seem that with his short, smooth hair the Basset Hound won’t need any grooming, that’s not quite the case. Regular grooming sessions are an important part of keeping the breed healthy and happy. The Basset’s short hair can shed profusely. Shedding can be kept under control by gently going over the dog at least once a week with a soft brush or a shedding tool. As well as removing hair that is ready to shed, grooming is like an all-body massage that benefits his skin and overall health. The Basset will also need his nails trimmed regularly, and an occasional bath will help to keep his coat clean and shiny.

Want to learn how to train your Basset Hound to be one of the best-trained dogs? Click here to find out how.