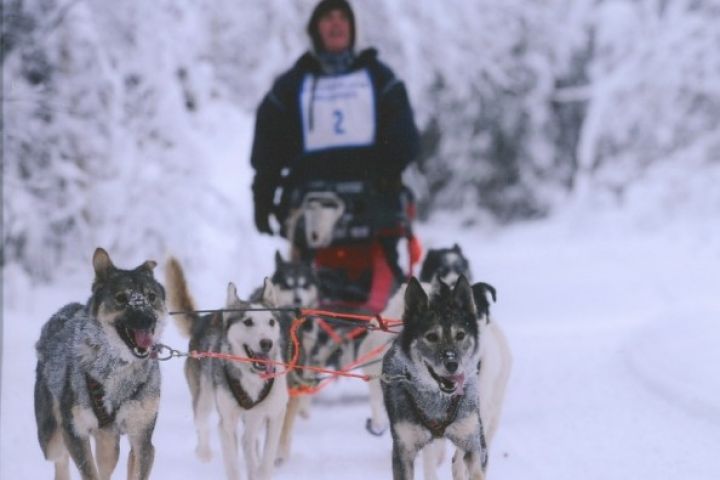 This article is originally published on our dog mushing site, TeamIneka.com

“I had seven dogs who would go to the end of the earth for me, and nine more who would try,” Lance Mackey, 4-time Iditarod Champion

When I was a kid superheroes were still popular.  I remember being seven years old and not just dressing up as Wonder Woman for Halloween but wishing I had that invisible airplane of hers to travel around in.

My kids generation, being born in the nineties, I can’t recall them actually having superheroes to look up to.  That was the time of sport heroes.  We all know and can understand when we place the burden of being a superhero onto a regular person who just happens to be able to “fly” on the basketball court that it sets that person up to quite a bit of scrutiny.

It’s refreshing to read stories about the Iditarod in its 48th year and listen to the passion in the voices of the men and women as they talk about their dogs and the Last Great Race.  I myself turn 48 years old this year and I’m always saddened to realize that I didn’t know that the Iditarod was even a race until about 20 years ago.  Growing up in California it wasn’t taught in the schools.  Sure I saw the movie Iron Will and read the stories about Balto.  I knew of the Great Serum Run and the significance that it had on the State of Alaska, but other than that it seemed like fiction to me.

When I met my husband Robert, within four months he had my eight year old son Kyle, and myself on the back of a dog sled, the cool wind in our faces, holding on for dear life.  I remember feeling very afraid, “where are these dogs going to take me!”  After my first run and losing my team, I realized it wasn’t about the dogs it was about the musher.  I had to learn to trust my dogs, especially my leader, and work with them as a team.

This realization came together for me on a very bad  six mile run on Casper Mountain in Wyoming.  I was running a new lead dog, her first race with me, a dog just 10-weeks postpartum, and four yearlings in their first race.  There was a terrible snow storm that blew out the trails; visibility was zero in places and the other mushers where too far ahead of me to be of any guidance.  At one point I stopped my team to adjust their harnesses, the snow on the trail was about 8 inches deep and there was a steep hill ahead of us.  I got to my leaders, Moon, my newest dog, and Tamaya, a great dog who ran for my  three year old daughter, I told my girls to take us home.  I set us back on the trail and we headed out with me dredging through the thick wet snow with my girls digging in and tugging hard.  We finally arrived at the finish line with my husband and two other people that were mushing our dogs and my three kids, everyone happy to see me.  I was happy to see them too, but I was proudest of my dogs, the seven of us learned how to be a team.

You see the Iditarod and all the dog sled races out there are just there as a way for the musher to pay back to his team, it’s their reward for being heroes along the way.  The dogs will let you yell, cry, laugh, and joke around, they won’t ever judge you and IF you can let yourself go you will find the hero within you.

I have a poster up in my training center of Iditarod champion Doug Swingley it simply says “Dog’s Need Heroes Too”. I know I was a hero to my dogs that day and they know they were my heroes.