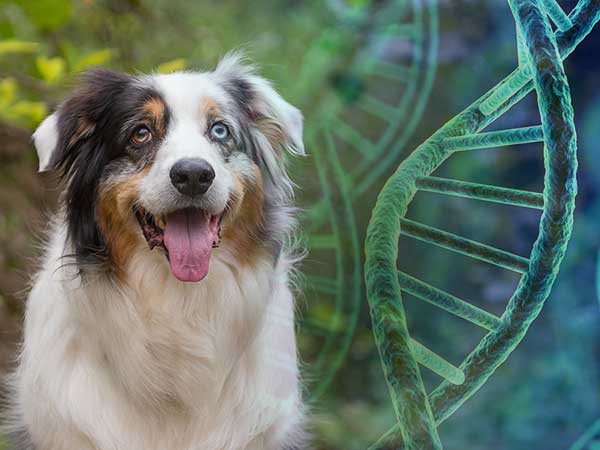 Did you know that you can find out your dog’s family history, health risks and the genes that explain how your pooch looks?

DNA testing for dogs has soared in popularity by making those promises. Easy-to-use test kits are big sellers. Just swab the inside of your dog’s mouth, mail in the sample and wait a couple of weeks for the results.

But some veterinarians are skeptical about the new fad’s lack of standards and accuracy. They warn that the kits can feed bad medical advice to misinformed owners that can have serious ramifications.

To listen to this as a podcast please click on the player. Otherwise continue to read the article:

Dog DNA test are increasing popularity. But did you know that these tests have some veterinarians pushing for standards? These DNA tests have set off a debate in the veterinary world as others argue that the criticism overlooks the good that can come from DNA testing for man’s best friend.

Dog lovers have shown a willingness to shell out more than $150 for some testing kits, which break down a dog’s breeds by percentage and potential for disease. Companies such as Embark Dog DNA Test Kit – endorsed last year by Oprah Winfrey as one of her favorite holiday gift ideas – sold more than 100,000 last year, tripling each year since going on the market in 2016. Competitors include Wisdom Panel, DNA My Dog Breed Identification Kit and DNAffirm DNA Dog Breed Test.

“They’re great,” said Julie Lee of Syracuse, Utah. Lee originally thought her dog Layla was a mixed-breed but discovered she’s a purebred German Shepherd. Perhaps more comforting: the medical information. She learned her dog is a carrier of a rare neurological disease – and although Layla can’t get the disease herself, it can be passed on if she has puppies.

“I wanted to just know for her future, whether there’s anything I needed to be concerned about,” Lee said.

Lisa Moses, a veterinarian in Boston and research fellow at Harvard Medical School’s Center for Bioethics, said it’s fine if a pet owner wants to have his dog tested for fun, but he should “take the results with a grain of salt” because they could differ based on the company.

Moses has taken the lead in cautioning against the use of genetic testing alone to make medical decisions about individual pets – not until the testing standards for dogs match those for people. She pointed to the need for all test providers to ensure up-to-date methods and reveal how the tests are conducted.

“Right now, it’s not even close to the same standards,” Moses said.

“Pet genetics must be reined in,” the piece says. If it is not, the experts argued, then companies will continue to profit by “selling potentially misleading and often inaccurate information,” pets and owners will suffer, opportunities to leverage the data to help dogs could be lost, and people will become “more distrustful of science and medicine.”

The article cites a nightmarish story about a 13-year-old pug getting euthanized because its owners put too much stock into the results of a DNA test.

Moses said the tests are designed for breeding, not medical decisions. She called single-gene mutations – which the DNA tests look at – a “lousy predictor” of whether a dog acquires a disease. She also noted the lack of ample follow-up information on whether dogs identified with a mutation actually end up getting sick.

There are ethical questions to consider as well, she said: Can DNA test results be used to prevent a dog owner from buying or renting a house, if certain breeds are banned? What about buying homeowners insurance?

Moses and her fellow researchers warned about possible conflicts of interest from companies that can profit from the “tsunami of data” on the horizon. They’ve called for data-sharing among companies to ensure the information is used to benefit animal health.

They did acknowledge that genetic testing “done right” can be a powerful way to connect people to the possibilities of genetics to treat disease.

Brenda Bonnett, CEO of the nonprofit International Partnership for Dogs and a veterinarian in Ontario, Canada, said that point is getting missed amid the doom and gloom.

She said the outcry, which she called narrow in scope, fails to acknowledge the “fantastic potential” for genetic testing to improve the health of dogs.

She pointed to researchers in England who have reduced single-gene disorders through DNA testing. She said that testing has increased the awareness of inheritance disease and that it has opened the door for greater research of more complex diseases.

“The concern is if you start to make people think that all of DNA testing is a scam and all the DNA test providers are just out to make a dollar and are bad performers, you could taint this whole world and change people’s feelings about the potential good,” she said. Bonnett also supports the push for genetic standards and agreed DNA testing results can be used inappropriately.

Ryan Boyko is founder and CEO of the Boston-based testing manufacturer Embark. He compared his product to a new wave of tools that help people discover their ancestry.

“What we saw was hundreds and thousands of people a year buying DNA tests for their dogs, but none of the DNA tests were like a 23andMe or Ancestry or these human tests where they’re collecting a lot of data and then able to give you a very accurate result and able to use that data to help people in the future,” Boyko said.

He pointed to health information as the other draw: “In some cases, it can actually extend your dog’s life.”

He defended the accuracy of the product, which he said is the same lab work approved by the Food and Drug Administration for humans. Like anything, he said, it’s possible some people can test without enough quality control and others can misinterpret the results.

“We go very far to make sure that neither of those happen with Embark,” he said. He said it is “shortsighted” to say information that can save dogs’ lives should not be available just because it can be misused.

The company has a disclaimer making clear it doesn’t provide medical diagnoses and instructing pet owners to talk to their veterinarian if they’re worried about a medical condition.

Michael San Filippo, a spokesman for the American Veterinary Medical Association, said the group does not have a position on DNA testing for dogs, but “it’s fine to do if you’re curious about your dog’s ancestry and breed makeup.” He said pet owners should talk to their vets if the goal is to identify potential hereditary disorders or health conditions.

Many veterinarians say Quality control is in question.

Typically when a new test is introduced into veterinarian practice, she said, vets can assume it has been through rigorous other testing, quality controls are in place and independent research has corroborated results.

“I think that a lot of my colleagues don’t realize that none of that happened for these tests, and that makes them really different than the tests that we normally use to diagnose disease,” she said.

Regulations over DNA testing for dogs are virtually nonexistent, experts say. Rules are in place for pet treatment, not diagnostics.

Bonnett’s organization, the International Partnership for Dogs, has launched an initiative called the Harmonization of Genetic Testing for Dogs. It works as a database in which test providers and labs voluntarily provide information about their quality of testing – including their accreditation.

“No organization in the world, at the moment, has the mandate or the authority to force quality standards on dog DNA testings,” Bonnett said. “But we started by saying at least we can start with transparency.”

What about you? Have you done one of these DNA tests for your dog? We are curious to hear what you think and what the results showed. Follow us on our social channels.