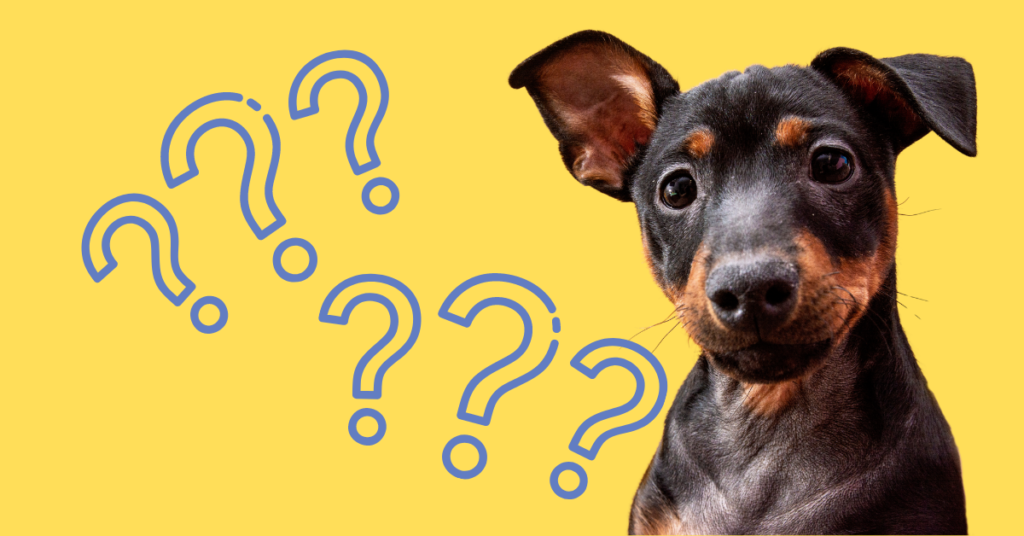 Anatomically and physiologically dogs share a lot of common characteristics with other mammals, including humans! But some of their behaviors and physical differences leave us scratching our heads asking, “Why do they do that?”

Let’s answer some of those frequently asked questions about dogs and as always, I welcome feedback and am happy to answer any of your common dog questions.

Why do dogs have wet noses? 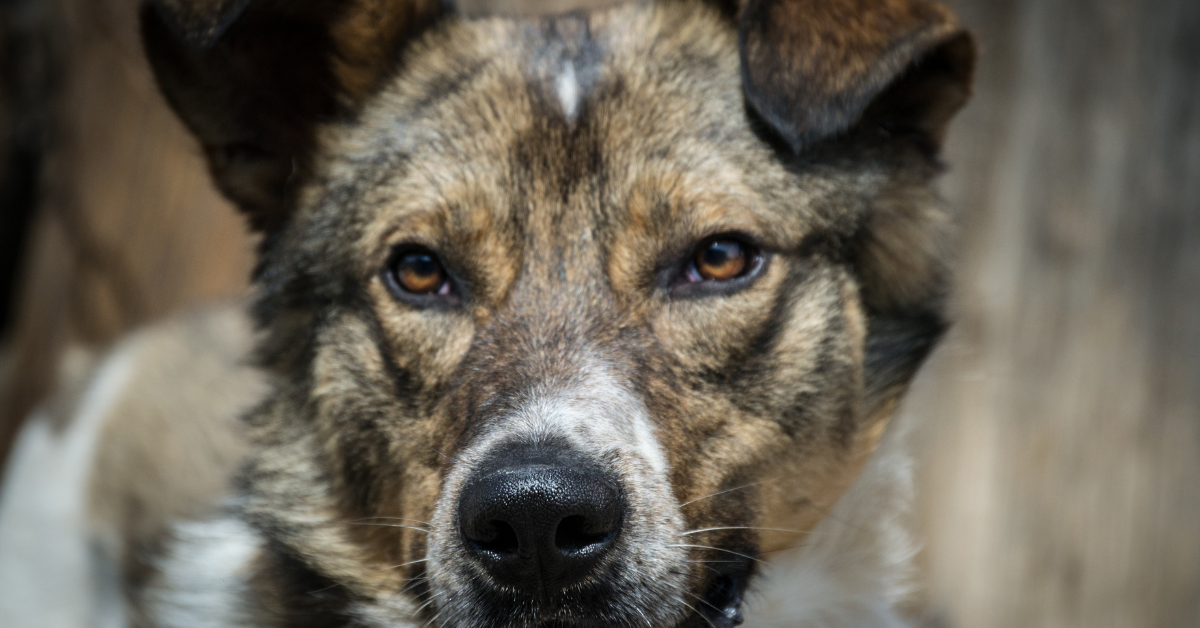 A dogs’ ability to detect scents is up to 10,000 time more sensitive than the human nose. As an example, they can sniff out one rotten apple among 2 MILLION barrels of apples. A wet nose enhances the ability to trap olfactory chemicals in the secretions produced in the glands of the nose.

Some dogs lick their nose, contributing to the “wet nose”  look and enhancing the process of scent detection as those chemicals are processed in olfactory centers in the roof of their mouths. Dogs also produce more secretions from their nose as a way of regulating body temperature.

Sweat glands are found in the feet and nose and as such, a wet nose helps keep them cool. Should I worry if my dog has a dry nose? Nope! If the dog is otherwise happy and healthy, without dried discharge around the nostrils, a dry nose is not an indicator of illness.

Why is my dog panting? 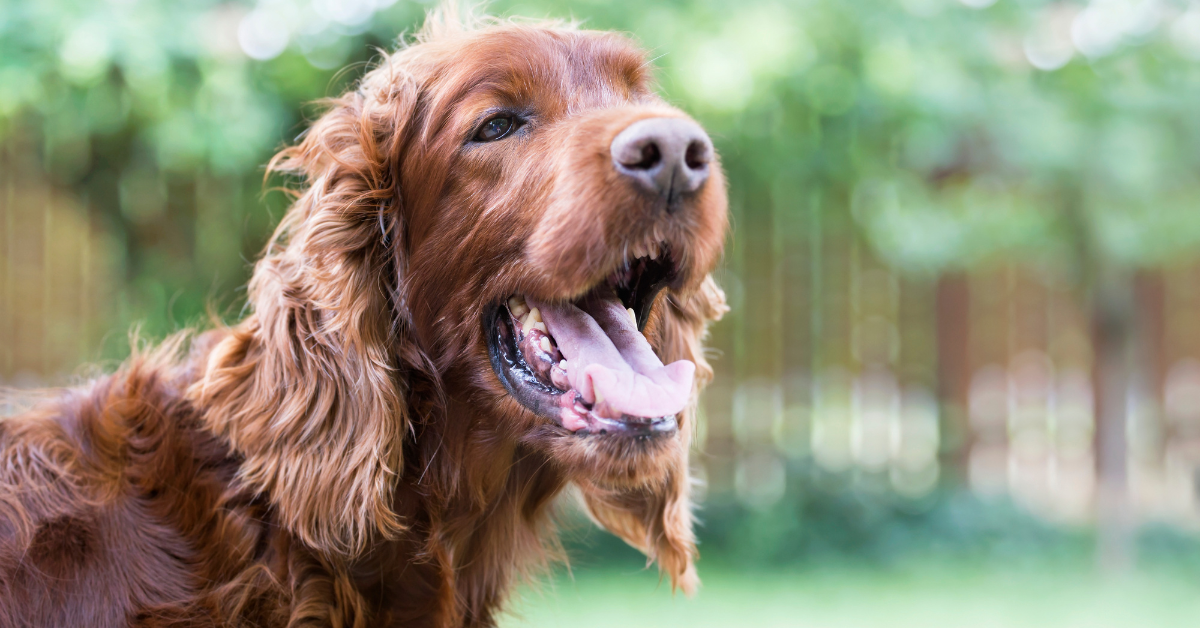 We are back to the unique distribution of sweat glands in your pup and his ability to cool down. Because they don’t sweat like humans, excessive heat is lost as air moves through your dog’s airways. While normal respiration in dogs can be up to 30-40 breaths per minute, a panting dog can exchange air up to 300-400 times per minute.

Some causes of abnormal panting can include stress, pain, endocrine diseases, heatstroke, and heart or respiratory disorders such as tracheal collapse. If your dog doesn’t need to chill out in a warm environment, bring abnormal panting to your veterinarian’s attention.

Why does my dog eat poop? 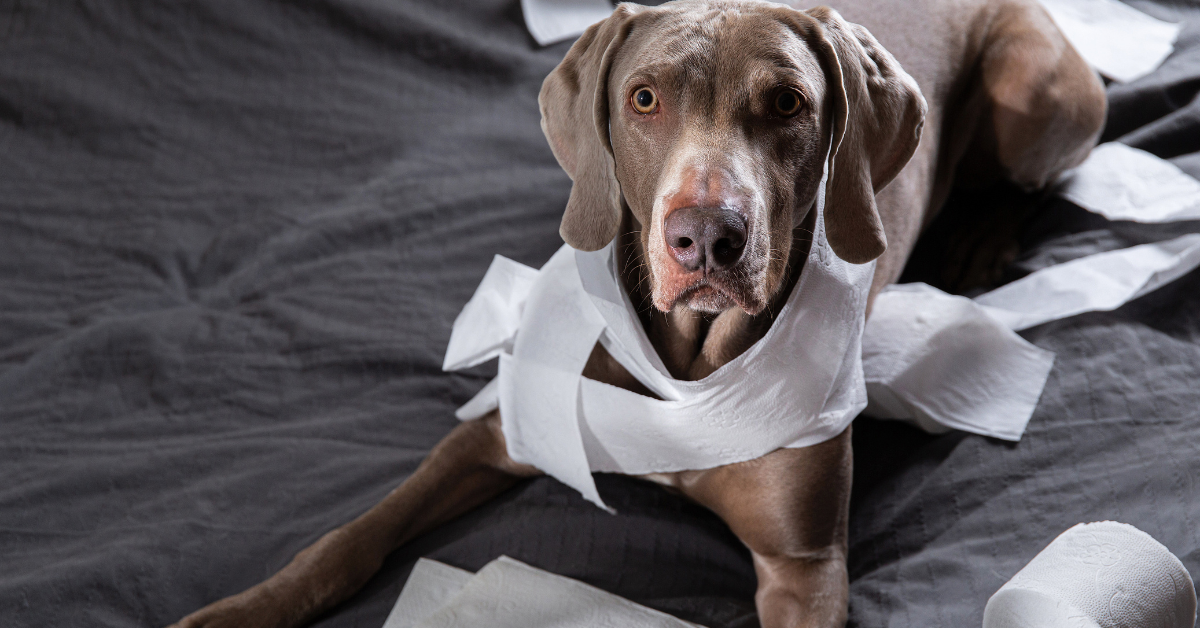 This is a gross one, especially if you witness the event and then your dog wants to plant a big, sloppy kiss on you. From an evolutionary perspective, dog moms eat the poop of their young pups to keep the den clean and free from odors that may attract predators.

Some puppies bring this behavior to their new home, though most grow out of it as the dog matures; if they aren’t on a well-balanced diet or experience digestive disorders such as intestinal parasites or pancreatic disease, the behavior may persist.

Some dogs eat stool (coprophagy) because they are stressed, bored, like the attention they receive, even negative attention, or to avoid punishment.

Some dogs eat poop just because they like the taste! Discourage the opportunity to eat stool by picking up poop immediately. A sprinkle of meat tenderizer or a product called Forbid on their kibble make stools less enticing.

Why Do Dogs Sniff Each Other’s Butts? 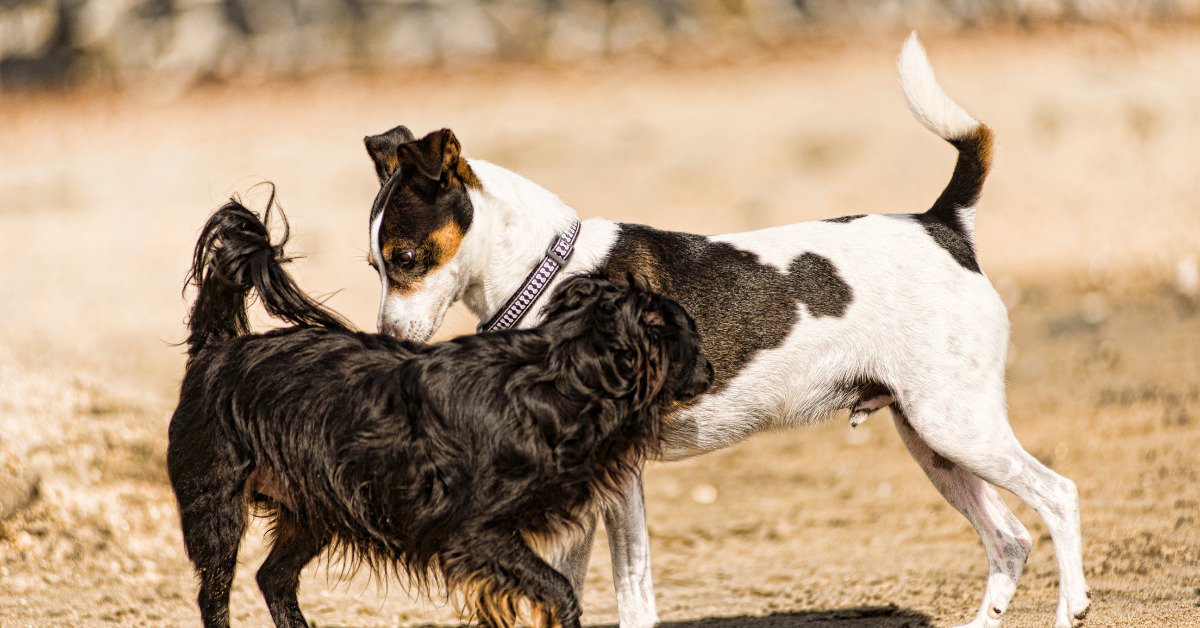 A butt sniff is the equivalent of a human handshake enabling dogs to recognize each other as individuals and identify sex, age, variabilities in health and social order.

Dogs also communicate using body language and physical cues; raised, waving tails indicate happiness and tucked tails appear when fearful. A wagging tail can help to spread those chemical scents when greeting other pups. Tails are useful for balance and movement, such as the rudder-like tail of the swimming retriever or the whip-like tail of the sight-hound which helps them change direction in the blink of an eye.

Why Do Dogs Walk in Circles Before Lying Down? 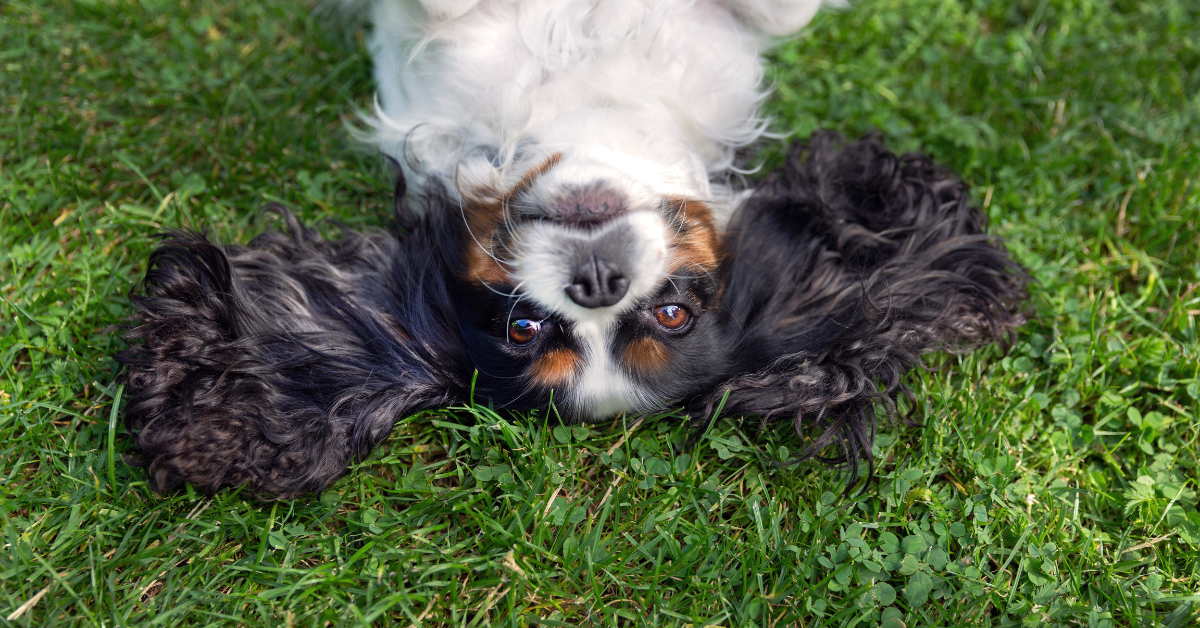 Back in the days before fluffy pillows, dogs had to make their own bed. By flattening the grasses and brush for themselves and their young, they made a comfortable nest and drove out critters such as snakes. Scratching imparts a scent to their bed expressed by the small glands in the feet, further defining the space as their own.

While we’ve domesticated pets, some of these instinctual behaviors and functional anatomic features are part of what makes dogs such fascinating creatures! We hope these answered some of your questions about dogs, and check out our podcast to learn more dog training tips and tricks!