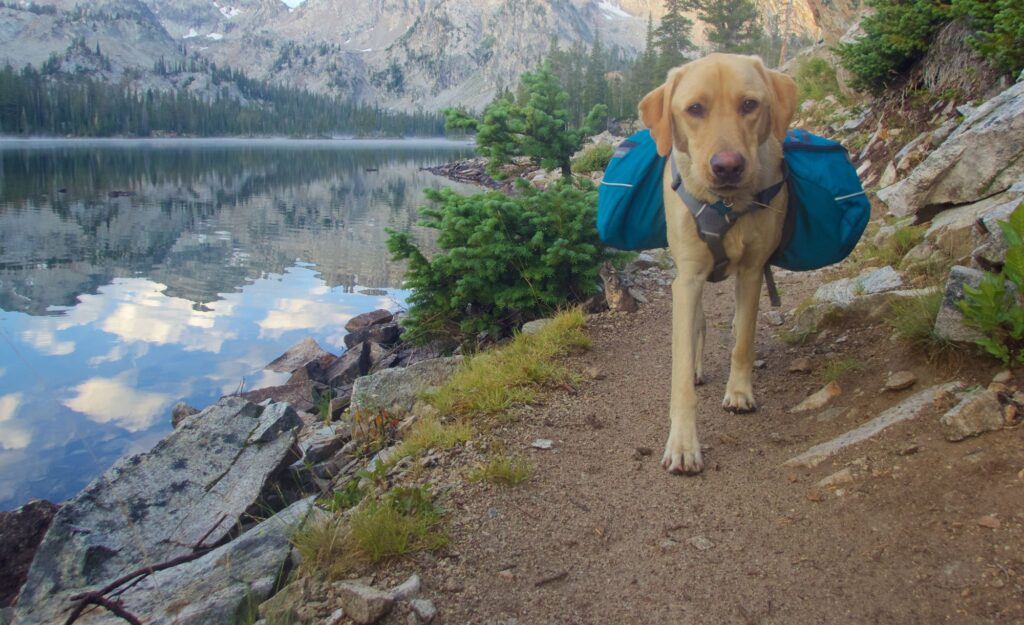 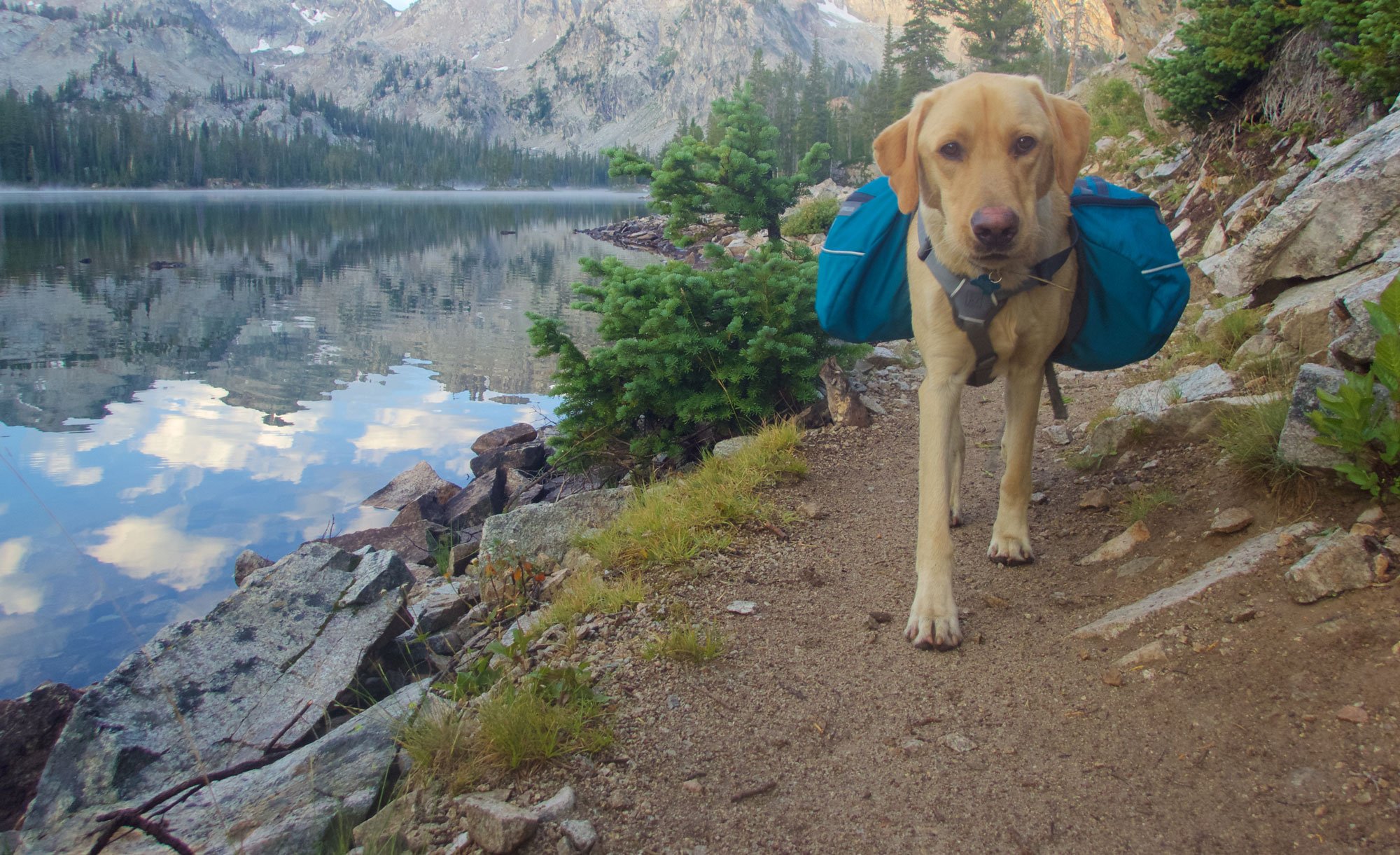 Your best friend is all in when it comes to any adventure, so imagine the tail wagging in store if you exchanged your usual jaunts for a journey to one of the United State’s best national parks for dogs.

Pets are allowed in all of the national parks to some degree or another, but there are usually strict regulations on where you can go with your four-legged friend. The rules are intended to ensure the safety of the parks’ wildlife, natural resources, other visitors, park employees, and your pet. These vast parks are home to regional predators, hazardous plant life, and rough, uneven terrain — all of which can prove dangerous to dogs.

There are, however, national parks where you and your dog can savor nature’s grandeur safely and fully. If the thought of hiking with your dog past stunning vistas or through primeval forests captures your imagination, read on to discover the best national parks to visit with your best pal and how to prepare for these walks of a lifetime.

There is no point in heading to one of these breathtaking destinations with an overexcited dog who exhibits minimal self-control. Before you go, be sure to read up on hiking safely with a dog so you and your best pal are prepared for this excursion and you have all the dog safety gear you’ll need before setting off from the trailhead.

The exception to the rules: The access restrictions at the national parks do not apply to service animals. It’s a good idea to let the park’s rangers know you are bringing a service animal in advance, so they can be prepared. There are sometimes particular routes to scenic locations for service animals, such as below the rim of the Grand Canyon where pets are prohibited.

Fast Fact: In the entire national park system, only Golden Gate National Recreation Area in California allows canines to romp off leash, at the park’s dog friendly beach beneath the Golden Gate Bridge.

READ MORE:  15 Unique Jobs Only Dogs Can Do

Once you understand the unique preparations and considerations involved in taking your dog to a national park, it’s time to choose your destination. Below are the national parks with the most open policies for dog visitors. In the parks on this list, dogs are a common sight and you’ll be at ease knowing you and your best friend are in welcoming territory.

THE MOST DOG-FRIENDLY NATIONAL PARKS:

Located in Maine near Bar Harbor, Acadia is one of the most dog-friendly parks in the National Park System. At 49,000 acres, it is one of the smallest national parks. Acadia is treasured for its rugged, rocky coastline skirting the Atlantic Ocean, as well as its rounded mountains, lakes, and valleys sculpted by massive glaciers, some as much as two miles thick, that flowed over the region 20,000 years ago.

[bctt tweet=”Your best friend is all in when it comes to any adventure, so imagine the tail wagging in store if you exchanged your usual jaunts for a journey to one of the United State’s best national parks for dogs.” username=”alaskadogworks”]

Only 75 miles outside of Washington, D.C., Shenandoah is a peaceful oasis that includes 300 square miles of the Blue Ridge Mountains. It is a destination park for avid hikers and offers miles of dog-friendly trails. In Shenandoah, you and your best friend can hike past cascading waterfalls, through quiet woodlands, and along trails that offer gorgeous views of the Appalachians.

The almost 1,200 square miles of this expansive park in the High Sierras include beautiful waterfalls, a deep, mile-wide valley cut by the Merced River, giant sequoias, and the iconic granite monolith El Capitan. While trails are completely off-limits to dogs in Yosemite, pets are allowed in developed areas from which you’ll be able to enjoy the park’s legendary views.

READ MORE:  Conditioning Your Dog to an e-Collar

The Grand Canyon is an immense geological wonder that draws five million visitors each year. The canyon is one mile deep, 277 miles long as the Colorado River flows, and 18 miles wide at its broadest point.

Not far from Cleveland, this park was founded in 2000 and includes land that was formerly used as dumping grounds. The park wends along the Cuyahoga River, through dense forest, and over rolling hills and farmland. The Towpath Trail follows the route of the Ohio and Erie Canal. The park also features several historic sites, including the Canal Exploration Center and the Everett Covered Bridge.

Alpine lakes shimmer amid the hundred peaks that rise within the boundaries of the park, including Longs Peak, which is 14,259 feet high. Wildlife, such as elk, bighorn sheep, moose, mountain lions, bobcats, and bears roam the region. In the warm months, the park blooms with sub-alpine wildflowers and tundra flowers.

Over millions of years, the Virgin River has cut the deep and narrow canyon at the heart of Zion. The colorful, sculpted cliff walls create a dramatic backdrop for varied plant life. The mesas of the park are home to 68 species of mammals, including foxes, bighorn sheep, rock squirrels, deer, and the kangaroo rat.

Understanding and respecting the regulations put in place to protect the wildlife and wilderness will help you get the most out of visiting a breathtaking national park with your dog. While you may not be able to enjoy every trail or take in every view, you and your dog are sure to take magnificent walks you’ll remember for a lifetime.